“An attractive student. An older professor. Think you know the story? Think again.”

Set to be released on 29th April, The Whole Truth by Cara Hunter is the fifth book in the DI Adam Fawley series that sees DI Fawley and his team investigate a report of sexual assault of an Oxford student by one of their university’s professors. But this isn’t a case you’ve heard before. This time, the predator is a woman and the shining star of the department, and the student a six-foot male rugby player. The team are up against the clock to figure out the truth. What they don’t realise is that someone is watching. And they have a plan to put Fawley out of action for good…

The Whole Truth is a clever, fast-paced and deftly plotted crime thriller that is a full-on adrenaline ride.

The fifth book in the DI Adam Fawley series, I haven’t read any of the previous books before but I had to take a gamble with this book as I was reading so many five-star reviews.

I have to start by saying that I absolutely loved that the book begins with a series catch-up of who’s who. This really helped me to get an idea of the characters’ names and relationships, which definitely helped with my enjoyment of the book.

With two separate stories told side-by-side, the book is brimming with astute police procedure. One story follows an accusation of sexual assault made by a male student involving his female professor, putting a spin on a case we see quite often to keep you guessing about where you should place your trust.

The second story has DI Adam Fawley [literally] at the centre, as he investigates the murder of someone close to him. Fawley is convinced that the murderer is someone he sent to prison years earlier who has recently been released, so you’re constantly on edge with the threat of someone lurking over your shoulder.

What I enjoyed most about this book is the use of different forms of narrative (apparently a trademark style used by Hunter) with podcast transcripts, emails, police interviews, press articles, medical examiner forms and phone calls. This constant change in narrative means that your interest never dips, always deciphering new information and discovering another piece of the intricate jigsaw.

There is so much going on and so many twists in each case, yet the story never feels overwhelming. Hunter is obviously a very talented writer, and every ounce of her ambition pays off. I’m definitely going to have to go back to Close to Home and start the series from the beginning! 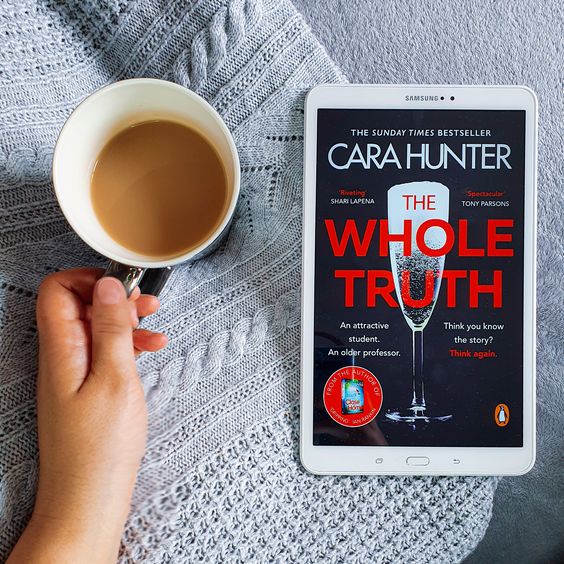