“Two sisters on trial for murder. Both accuse each other. Who do YOU believe?”

The fifth book in Steve Cavanagh‘s Eddie Flynn series, Fifty Fifty follows lawyer Eddie Flynn’s latest case. Two sisters – Alexandra and Sofia Avellino – have just found their father’s mutilated body, but each believes the other is to blame for his murder. Both women are to go on trial at the same time. A joint trial in front of one jury. But one of these women is lying. One of them is a murderer. Sitting in a jail cell, about to go on trial with her sister for murder, you might think that this is the last place she expected to be. You’d be wrong.

Shockingly twisted and brilliantly written, Fifty Fifty is a heart-racingly tense and compulsive legal thriller that will keep you guessing until the final pages.

I was torn between starting at the beginning of the series or finally picking up this fifth instalment which I’ve wanted to read for ages now, so I decided just to go with it and begin the series out of order. And although this is the first time that I got to meet Eddie Flynn and his team, I didn’t feel like I had missed out on four other books and got to grips with their personalities and relationships quite quickly.

Cavanagh makes it very easy to follow as a standalone book with hints of previous events, but also to invest in Flynn who isn’t your typical protagonist. He’s obviously been on the other side of the law before and he certainly has his flaws, but he’s committed to his work and highly-skilled, and it’s impossible not to instantly like him.

A real-life lawyer, Cavanagh puts his knowledge and skills to excellent use through his main character. The legal side of the story is written so well, really investing you in the case and keeping you on the edge of the seat to find out the verdict. But even if you have an incline as to which sister did it, you won’t see this ending coming.

Thoroughly entertaining and gripping from start to end, I didn’t want to put this one down. I can’t wait to continue with the series now, whatever order I continue to go in! 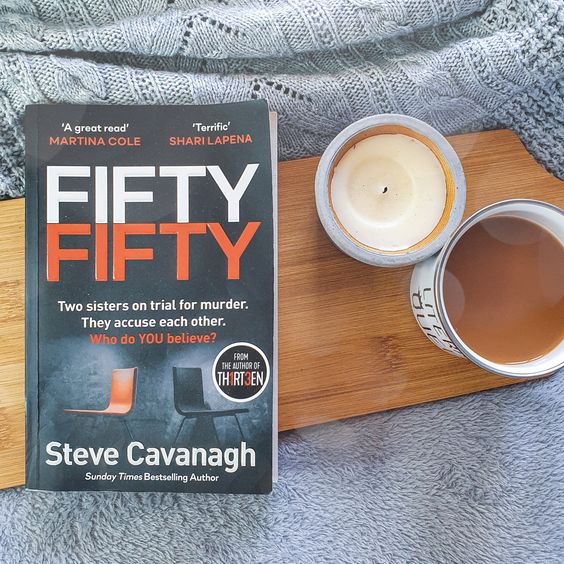