“To them, the past was a sickness which my siblings still carried; you could catch it from a conversation.”

Even just thinking back to this book, I get an ache in my chest. It’s a bleak and traumatic story and one that’s undeniably difficult to read. Some obvious trigger warnings apply, including physical and sexual abuse, and I don’t recommend that you read this if you aren’t prepared to have your soul absolutely crushed.

So many of us love true crime nowadays and will happily binge-watch series about abusers and killers. It’s understandable why we are fascinated by stories like this as they are so far from our own experiences that it’s easy to consider them as mere entertainment. But it’s easy to become desensitized by such inexcusable crimes, especially when the limelight is placed on the perpetrator.

And sadly, the victims are often forgotten about or dismissed in light of the evil person capable of committing such an act. So I think it’s brilliant that Dean has given this victim a voice. Seeing the story from Lex’s view, not only do we get to see how the abuse in her house came to be her normality, but we also get to see how all six siblings begin [or fail] to recover from their shared upbringing with different types of support.

While Girl A is an uncomfortable read, I think Dean handles the story brilliantly. Drawing inspiration from a number of real-life cases, from serial killers Fred and Rosemary West to the more recent case of David and Louise Turpin, although not a true story in itself, the harsh reality of Lex’s experiences really hits hard.

But the bleakness of the story definitely feels justified. Dean isn’t using a story of abuse just to shock readers, but instead creates an effective narrative that dives deep into the mind of a victim who is coming to terms with a life she has managed to escape from.

It’s such a powerful story and I was absolutely hooked to Lex’s narration. Although there is a lot of what some may see as unnecessary detail around the more mundane parts of her life and the story does just from present to past, I enjoyed the messiness of Lex’s recollection.

The revelation towards the end had me in absolute tears, as well, which was another painful blow in an already heart-breaking story.

This book will undoubtedly leave scars, but I have such admiration for Abigail Dean for writing it. 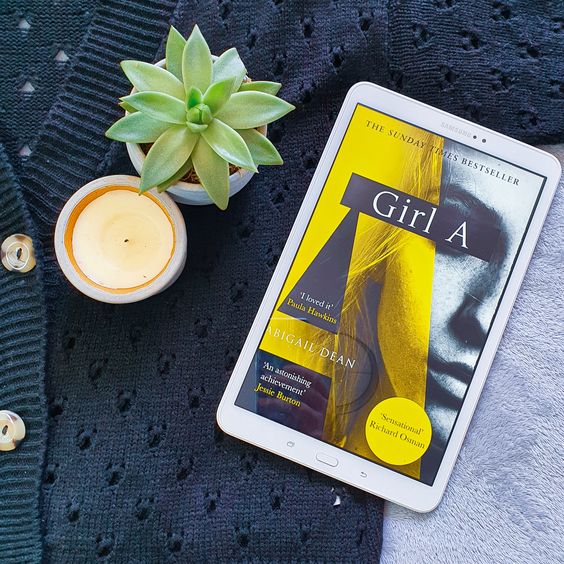