“Strangers living worlds apart. Strangers with nothing in common. But it wasn’t always that way…”

Released in 2019, Half A World Away by Mike Gayle follows Kerry Hayes, a single mum, living on a tough south London estate. She provides for her son by cleaning houses she could never hope to afford. Taken into care as a child, Kerry cannot ever forget her past. She decides to reach out to her brother who she lost on the day that they were torn apart as children. Noah is now a successful barrister with a beautiful wife, daughter and home in fashionable Primrose Hill. When Kerry reaches out to him, she sets in motion a chain of events that will have life-changing consequences for them both.

A character-driven and emotional story, Half A World Away is a sensitive and insightful exploration of the different paths that life can take you on and how the different opportunities that are presented to us can affect your outlook.

Gayle develops Kerry and Noah’s characters so well and I love how the story bounces between their narratives, slowly allowing you to get to know them and their situations while also highlighting the conflicting ways that their polar upbringings have influenced the way that they deal with life’s many obstacles.

There was so much about this story that I wasn’t expecting and Gayle does a fantastic job of drawing you into these character’s lives, giving the story a real emotional edge.

Uplifting but also heartbreaking, Half A World Away feels so genuine that it’s hard not to be moved by its straightforward prose and engaging characters. I will definitely be reading more by Mike Gayle in the future. 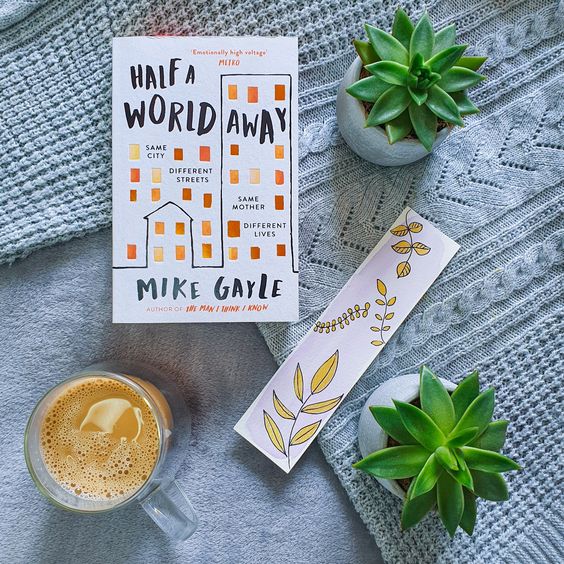 2 thoughts on “Book Review: Half A World Away by Mike Gayle”