“I killed a little boy today. Held my hands around his throat, felt his blood pump hard against my thumbs. He wriggled and kicked and one of his knees caught me in the belly, a sharp lasso of pain. I roared. I squeezed. Sweat made it slippy between our skins but I didn’t let go, pressed and pressed until my nails were white. It was easier than I thought it would be.”

Set to be released in hardback on 24th June, The First Day Of Spring by Nancy Tucker follows eight-year-old Chrissie who has just killed a two-year-old boy. Her playmates are tearful and their mothers are terrified, keeping them locked up indoors. Her secret gives her a fizzing, sherbet feeling in her belly. She doesn’t get to feel power like this at home, where food is scarce and attention scarcer.

Fifteen years later, Julia works in a fish and chip shop and tries to mother her five-year-old daughter, Molly. She is always worried – about affording food and school shoes, about what the other mothers think of her. Most of all she worries that the social services are about to take Molly away. That’s when the phone calls begin. Julia is too afraid to answer because it’s clear the caller knows the truth – that Julia is Chrissie, living under the new name given to her when she was released from prison eight years before.

The First Day Of Spring will have you hooked from the first line. It will instantly make you feel uncomfortable, then slowly chip away at your emotions as you become overwhelmed with sadness and pity and begin to battle with your empathy.

This is definitely a book that wholly depends on how you connect to the story. It’s unapologetically bleak and hard-hitting, so it may be too much for some readers. And I can definitely understand that struggle as it really plays on your mind how Tucker is going develop this story, after the impacting opening leaves nowhere for Chrissie’s intentions to hide.

Because how are you supposed to connect with a character who has committed the worst possible crime on the very first page? The question of whether Tucker was going to try and make me sympathise with her (and if so, how) was constantly in the back of my head. But Tucker doesn’t attempt to justify Chrissie’s inexcusable actions, but instead examines what compels a child to commit such a heinous crime.

For me, this was primarily a story about motherhood, and there’s so much of Chrissie’s upbringing and adult life with her own daughter that really pulled on my emotions. Told in turn by eight-year-old Chrissie and 28-year-old Julia, Tucker’s characterisation is brilliant. You get such a strong sense of her as a genuine and fully-fleshed person, and whatever I felt about her at the end, I mostly just felt enlightened.

Although it’s a dark and chilling story, I found the narrative so powerful and compelling. You will have to judge from the synopsis yourself whether you think this is the right book for you or not as it is a difficult read, but I do like my books to unnerve me and I think Tucker handles the story brilliantly. 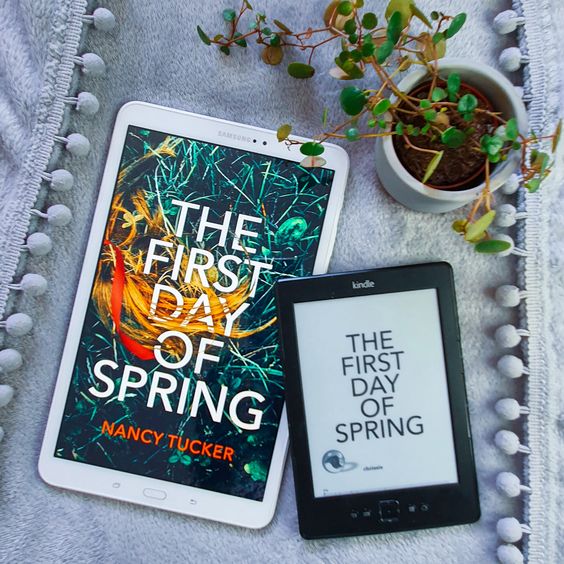