“Everything she touches breaks…”

Published on 10th June, Fragile by Sarah Hilary follows runaway Nell Ballard, a former foster child with a dark secret. All Nell wants is to find a place she can belong. So when a job comes up at Starling Villas, home to the enigmatic Robin Wilder, she seizes the opportunity with both hands. But her new lodgings may not be the safe haven that she was hoping for. Her employer lives by a set of rigid rules and she soon sees he is hiding secrets of his own. But is Nell’s arrival at the Villas really the coincidence it seems? After all, she knows more than most how fragile people can be – and how easily they can be to break…

Today is my stop on the Random Things blog tour for this book. Thank you to Random Things Tours and Pan Macmillan for a free advance copy of this book in exchange for an honest review.

Over-flowing with deception and lies, Fragile is a well-written story about jealousy, control and revenge.

The pace of the story works well as it’s quick to read and well-plotted, as my intrigue built slowly throughout. I enjoyed the gothic atmosphere and could definitely feel a darkness lurking in the house. Unfortunately, it just didn’t shock me by the end, and I ended up finding the final revelations quite underwhelming.

Told through damaged characters who are at their lowest, it is a bleak story that is brimming with secrets, manipulation, and grief. But because the characters are all very self-destructive, I didn’t find any of them engaging enough to really pique my interest.

However, I did really enjoy the writing and the dark undertones of the story. I just wanted it to go much further, as I struggled to feel Nell’s guilt and find her actions very believable. Although I did like the final hammer in the nail, it was just a little too late for me.

I would definitely recommend it for anyone who enjoys a slow-burning mystery with a more genuine conclusion than one that packs a punch. 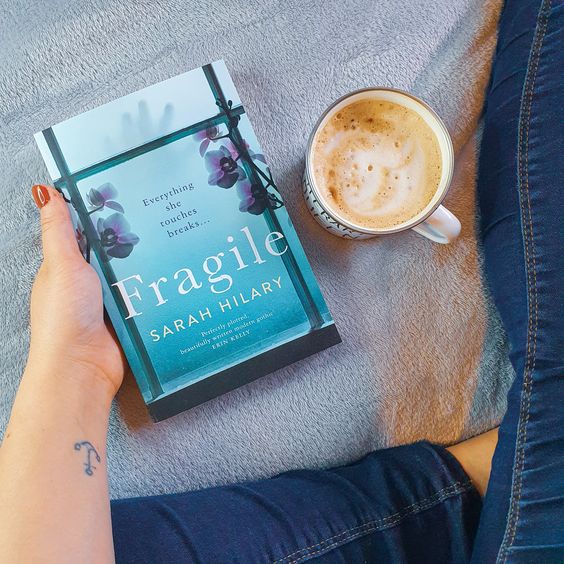 Nell Ballard is a runaway. A former foster child with a dark secret she is desperate to keep, all Nell wants is to find a place she can belong. So when a job comes up at Starling Villas, home to the enigmatic Robin Wilder, she seizes the opportunity with both hands. But her new lodgings may not be the safe haven that she was hoping for…

SARAH HILARY’s debut Someone Else’s Skin won the Theakston’s Crime Novel of the Year, was a Richard & Judy Book Club pick and The Observer’s Book of the Month. In the US, it was a Silver Falchion and Macavity Award finalist. No Other Darkness, the second in the series, was shortlisted for a Barry Award. The sixth in her DI Marnie Rome series Never Be Broken is out now. Her short stories have won the Cheshire Prize for Literature, the Fish Criminally Short Histories Prize, and the SENSE prize. Fragile is her first standalone novel.

Sarah is one of the Killer Women, a crime writing collective supporting diversity, innovation and inclusion in their industry.

One thought on “BLOG TOUR: Fragile by Sarah Hilary”