“I had absolutely no interest in being somebody else’s muse. I am not a muse. I am the somebody. End of fucking story.”

Published in 2020, Daisy Jones & The Six by Taylor Jenkins Reid follows the whirlwind rise of an iconic 1970s rock group, The Six, and their beautiful lead singer, Daisy Jones, revealing the mystery behind their infamous breakup. Everyone knows Daisy Jones & The Six, but nobody knows the real reason why they split at the absolute height of their popularity… until now.

This is my third Taylor Jenkins Reid book this year and I am loving her more and more with every read. With each of the books I have read being set in this same fictional world (where the Riva family always have their moment), I am constantly drawn into the lives of these fictional celebrities as TJR explores the highs and lows of living in the limelight.

But every book feels so unique at the same time, as TJR tells each story in a different way. This time, the story is told in the form of interviews, as Daisy Jones and the other members of The Six chronicle how they came together and leading up to their breakup. The book reads like a documentary as you start by getting to know every character individually and slowly begin to understand their relationships with each other.

I love that there are conflicts in their narratives as you hear the different sides to their stories, showing the weaknesses of some but also the hidden feelings of others. It’s amazing how straightforward the story reads but how deep TJR takes you into this fictional world at the same time.

TJR makes every character feel genuine and real and you really start to believe that this is a real-life band. You can even begin to hear the music of their songs in your head, and that’s pure credit to TJR’s exceptional development which really engages you emotionally into her story.

There’s another brilliantly subtle twist in this one which seems to be another trademark of TJR, and so much sentiment and spirit that it’s impossible not to be intoxicated by TJR’s beautiful writing. 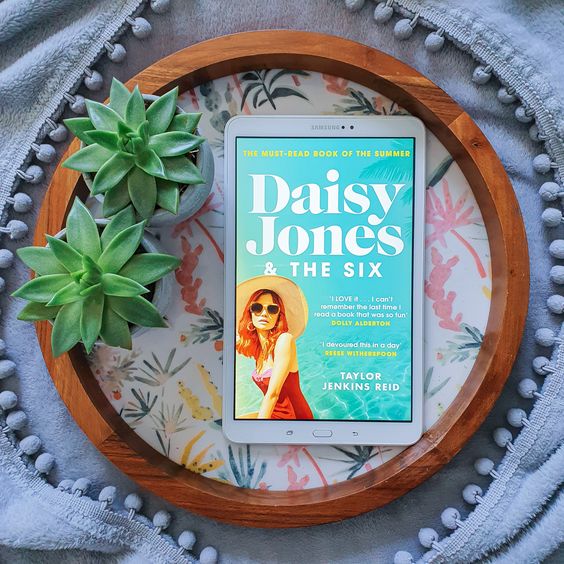