“How had I got here? What day was it? I couldn’t remember anything. But I knew I had become the fifth woman to be abducted.”

Released on 28th June, Invisible Victim by Mel Sherratt follows journalist Eva, the fifth victim of a silent abductor who wakes to find herself in a small room and in someone else’s clothes. Everything looks just like the others described: a small hole in the door, a mattress and a narrow window allowing only a small chink of light. Just days before, she had interviewed the third victim for the local paper. Her story was the same as those before her: an ordinary woman, locked away for ten days then released with no explanation, and no apparent link her to the others. Eva tells herself that she’ll be safe in ten days, but she can’t help thinking of the fourth victim who is still missing.

Today is my stop on the Bookouture #booksontour for this book. Thank you to Bookouture and NetGalley for a free advance copy of this book in exchange for an honest review.

Fast-paced and twisty, Invisible Victim is an addictive and exhilarating psychological thriller that you will find difficult to put down.

I’ve read a lot of slow-burners recently so this was exactly what I needed. There is constantly something going on and the story progresses quickly, making this a thoroughly enjoyable read.

The chapters alternate between Eva and the kidnapper, while also using Eva’s newspaper reports on the previous abductions to give more background information on their situation. There are plenty of great twists which really keep you gripped and many dark moments that give you goosebumps, keeping you engaged for every possible second.

What I loved most about this book is the discussion around how victims of childhood abuse carry their trauma into their adult lives. Some know nothing other than abuse and go on to either commit crimes or abuse themselves, while many go on to live happier lives, either using their experience for good or keeping their experience personal and using it to strengthen their character. It’s great to see this being discussed, as it pains me to constantly read about victims of abuse who aren’t able to move on from their experiences, when that’s not always the case.

“As much as she had pity for…the numerous children who went off the rails after suffering traumas, not all of them took their troubles into their adult lives.”

The abductor here suffered some of the cruellest abuse as a child, but their actions now are just as inexcusable. So you root for Eva to fight back, as you become desperate for her torture to come to an end. I did find a lot of Eva’s dialogue quite lacklustre, but maybe this was her playing her journalistic role and avoiding an emotional response. It does make her hard to relate with on an emotional level, but I wanted her to succeed all the same.

My only issue with the story is that the police involved are absolutely useless, as I thought the link between the victims was pretty obvious. For readers, this doesn’t matter too much the identity of the abductor is revealed quite early on. But I just couldn’t help thinking that the police weren’t doing a very good job.

Everything else about this book, I loved. It’s such an exciting read, and I was hooked from the very start. 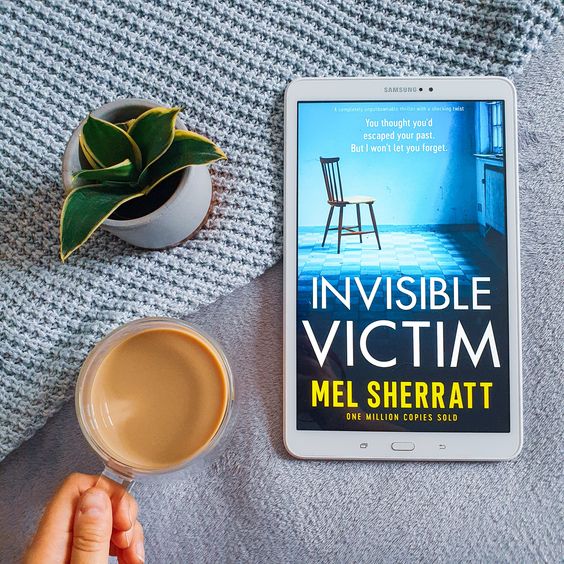 ‘Let me out! Please!’ I shouted, banging on the door. How had I got here? What day was it? I couldn’t remember anything. But I knew I had become the fifth woman to be abducted.

As my eyes adjust to the darkness, I’m filled with dread. Everything looks just like the others described: a small hole in the door, a mattress and a narrow window allowing only a small chink of light. The jewellery given to me by my loving husband has gone and I’m in someone else’s clothes.

Just days before, I had interviewed the third victim for the local paper. She couldn’t stop shaking. Her story was the same as those before her: an ordinary woman, locked away for ten days then released with no explanation, and nothing – nothing she could think of – to link her to the others. Throughout the ordeal, her abductor stayed eerily silent.

I tell myself I’ll be safe in ten days. But I can’t help thinking of the fourth victim who is still missing. And then I hear the voice coming through the door. ‘You said everything would be fine. But it wasn’t was it?’ It is then that I realise. If I am to make it out alive, I need to revisit a dark secret of my own that I have spent a lifetime trying to forget.

My novels take you to the heart of the crime. I write police procedurals, psychological suspense and crime dramas – fiction with a punch. Shortlisted for the prestigious CWA (Crime Writer’s Association) Dagger in Library Award, my inspiration comes from authors such as Martina Cole, Lisa Jewell, Mandasue Heller and Clare Mackintosh.

To date, I’ve sold 1.7 million books. All sixteen of my crime novels have been bestsellers, each one climbing into the Kindle UK top 10 and I’ve had several number ones. I’ve also had numerous Kindle All-star awards, for best read author and best titles.

I live in Stoke-on-Trent, Staffordshire, with my husband and terrier, Dexter (named after the TV serial killer) and make liberal use of my hometown as a backdrop for some of my books. You can find out more at my website http://www.melsherratt.co.uk