“A woman has gone missing. But did she ever really exist?”

Set to be released on 1st July, The Disappearing Act by Catherine Steadman follows Mia Eliot who has travelled from London to LA for pilot season. This is her big chance to make it as an actor in Hollywood, and she is ready to do whatever it takes. At an audition, she meets Emily. What starts as a simple favour takes a dark turn when Emily goes missing and Mia is the last person to see her. Then a woman turns up, claiming to be Emily, but she is nothing like Mia remembers. Starting to question her own sanity, she goes on a desperate and dangerous search for answers, knowing something is very, very wrong. In an industry where everything is about creating illusions, how do you know what is real? And how much would you risk to find out?

The Disappearing Act is a thriller twisted with something a little different. Taking readers into the world of the LA pilot season, the mystery and suspense soon begin to take over.

Described as a psychological thriller, I was worried that the story wasn’t going to get there, as there’s a lot of setting up the scene. It’s not until around the 40% mark that you begin to see where the story is going. But then when the action finally comes, it really picks up speed.

Although it has a slow beginning, I did really enjoy Steadman’s character development and the detail of this actress’ experiences during pilot season. It’s not something we often get an insight into, so I love that Steadman has used her own experiences as an actress to give us something more original

She also uses the opportunity to address some controversial issues at the same time, because we all know about the pressures that up and coming actresses are often placed under, especially when they’re in a new city and away from any support, so I appreciate that Steadman takes the time to address this important topic at the same time.

While I wasn’t completely gripped by the story, it was easy to sit and read in a few hours and I really enjoyed experiencing something a little different. I’m definitely looking forward to reading more by Steadman. 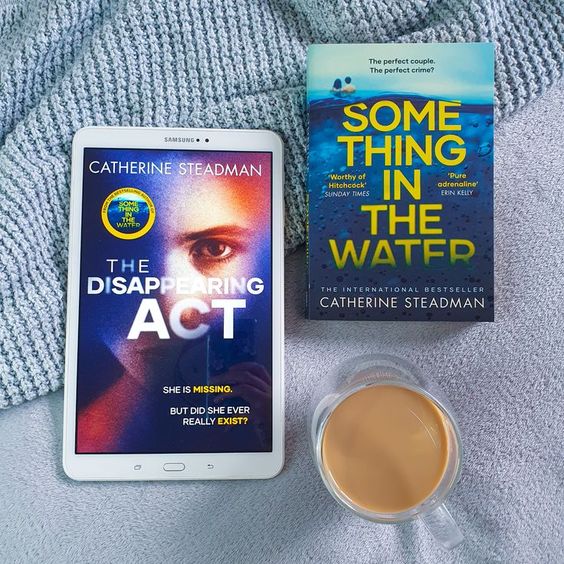