Out now on kindle and hardback, The Lost Girls by Heather Young is set over two timelines. In 1935, six-year-old Emily vanishes from her family’s vacation home on a remote Minnesota lake. Her disappearance destroys the family, who spend the rest of their lives at the lake house, keeping a decades-long vigil for the lost child.

Sixty years later, their grandniece, Justine, moves to the lake house to escape her manipulative boyfriend and give her daughters the home she never had. But the long Minnesota winter is just beginning. The house is cold and dilapidated, and her only neighbour is a strange old man who seems to know more about the summer of 1935 than he’s telling.

Today is my stop on the Random Things Tours. Thank you to Random Things and Verve Books for a free advance copy of this book in exchange for an honest review.

A slow-burning and atmospheric mystery, The Lost Girls is a beautifully descriptive story about a family of women and the secrets they have kept over a period of 60 years.

Told over two timelines – the past leading up to Emily’s disappearance, and the present as Emily’s grandniece takes over the house – I love the sense of family, sisterhood, and female strength that is seen through all of these characters. The story is told through five generations of women so it feels like a legacy, documenting the lives of these women and the bonds that have strengthened through their hardships.

But although you get a strong understanding of the many relationships, I wanted more mystery. The synopsis of the book describes how Emily went missing, leaving all of these people behind, lost and trying to find out what happened to her. It’s described as a “decades-old family mystery”, but I didn’t feel the significance of her disappearance until the very end. Emily is shielded by her mother in the past and kept out of sight so we don’t get to know much about her then, and then she’s only briefly mentioned in the present as a sibling who went missing.

The synopsis gives away much more about the plot than the story does itself, as everybody seemed more caught up in their own issues rather than what happened to Emily. I didn’t get the feeling that they were still curious about what happened to her or that any of the neighbours knew more than they were letting on. So the sense of mystery fell flat for me, which is what I needed to really grip me to this story.

The revelations at the end, however, are emotional and intense and really pack a punch. Everything comes together brilliantly to tie the story up. There was just too much set-up at the start and so many characters and generations to place in my head that I did feel a little disconnected to the story.

As a debut book, though, there’s a lot to be impressed by. I love Young’s vivid descriptions and the way she explores the themes of loss, guilt, hope, and redemption. I would definitely recommend this book if you don’t mind a slow pace, as the conclusions are certainly worth the wait. 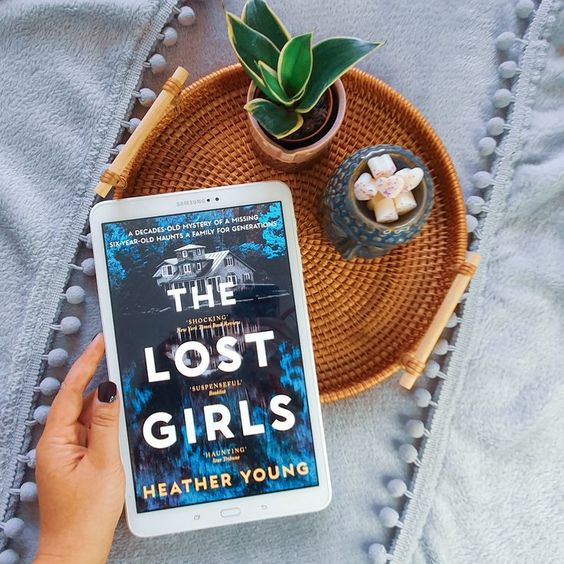 In 1935, six-year-old Emily Evans vanishes from her family’s vacation home on a remote Minnesota lake. Her disappearance destroys the family – her father commits suicide, and her mother and two older sisters spend the rest of their lives at the lake house, keeping a decades-long vigil for the lost child.

Sixty years later, Lucy, the quiet and watchful middle sister, lives in the lake house alone. Before her death, she writes the story of that devastating summer in a notebook that she leaves, along with the house, to the only person who might care: her grandniece, Justine. For Justine, the lake house offers freedom and stability – a way to escape her manipulative boyfriend and give her daughters the home she never had. But the long Minnesota winter is just beginning. The house is
cold and dilapidated. The dark, silent lake is isolated and eerie. Her only neighbour is a strange old man who seems to know more about the summer of 1935 than he’s telling.

Soon Justine’s troubled oldest daughter becomes obsessed with Emily’s disappearance, her mother arrives to steal her inheritance, and the man she left launches a dangerous plan to get her back. In a house haunted by the sorrows of the women who came before her, Justine must overcome their tragic legacy if she hopes to save herself and her children.

HEATHER YOUNG is the author of two novels. Her debut, The Lost Girls, won the Strand Award for Best
First Novel and was nominated for an Edgar Award. The Distant Dead has also been nominated for the 2021 Edgar Award for Best Novel. A former antitrust and intellectual property litigator, she traded the legal world for the literary one and earned her MFA from the Bennington Writing Seminars in 2011. She lives in Mill Valley, California, where she writes, bikes, hikes, and reads books by other people that she wishes she’d written.

One thought on “BLOG TOUR: The Lost Girls by Heather Young”