Set to be published on 8th July, Meet Me in Another Life by Catriona Silvey follows Thora and Santi, strangers in a foreign city, when a chance encounter intertwines their fates. At once, they recognize in each other a kindred spirit—someone who shares their insatiable curiosity, who is longing for more in life than the cards they’ve been dealt. Only days later, though, a tragic accident cuts their story short. But this is only one of the many connections they share. Like satellites trapped in orbit around each other, Thora and Santi are destined to meet again. Now, they must discover the truth of their mysterious attachment before their many lives come to one, final end.

Meet Me in Another Life is not the usual kind of book that I would pick up. However, the synopsis is definitely the kind of film that I would be excited to go and see at the cinema. So I thought I’d give it a go, and it sure did win me over on its captivating and emotional journey.

First of all, this a difficult book to place in a genre. A combination of science fiction, fantasy, mystery, and romance (albeit a romance regarding destiny rather than anything too fluffy), there are so many elements to this story that to put it into a category would be to insult Silvey’s impressive creation. It’s so much more than any one genre, and most definitely a book that I think you just have to pick up and give it a chance.

With such an intriguing premise, I had no idea how the story was going to play out. At first, we get to meet Thora and Santi over a number of lifetimes – as friends, colleagues, lovers, and enemies – so I struggled to see how I would connect to these characters when these individual stories felt so separate. But then it soon comes together in a real eye-opening way, and I needed to know how it would end.

As Thora and Santi begin to figure out their connection, I was quickly drawn into this unique concept. What starts off feeling like Groundhog Day soon begins to feel more celestial as we realise the significance of the stars, the universe, and the infinite galaxies around us. But as the sci-fi elements come in more and more towards the end, the story never feels too over-complicated or unbelievable, although the final revelations still blew my mind completely.

I love the idea behind the book, as Silvey commented in an interview that: “The question was: can two people ever know each other completely? That led me to the idea of characters who meet again and again in different versions of their lives.” And that’s what grabbed my attention from the beginning.

But what I love even more is that Silvey didn’t go purely down a romance route. Thora and Santi love each other in some of their lives, both platonically and romantically, but they also love others. It’s more to do with the coming together of their minds, and I think that’s why the concept works so well.

If you like films such as Interstellar, books such as Cloud Atlas, are a fan of fantasy stories about destiny and fate, or don’t mind a twist of sci-fi, then this is definitely a book worth picking up. 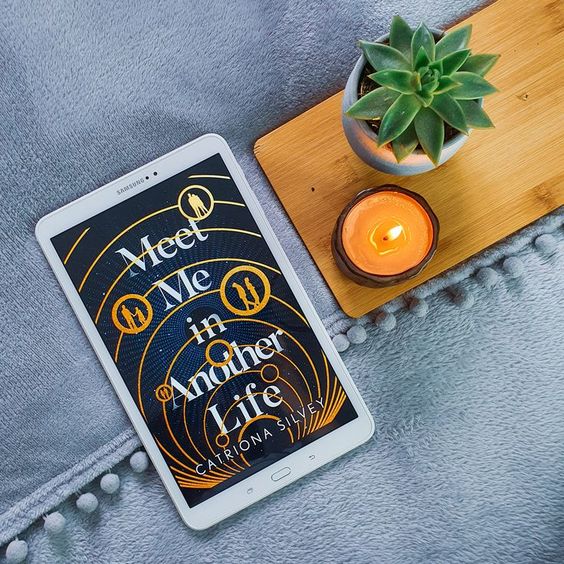