“One missing boy. Four guilty women. In a community full of secrets, who is really at fault?”

Already available on Kindle, All Her Fault By Andrea Mara will be available to buy in hardback on 22nd July. The story follows Marissa Irvine who arrives at 14 Tudor Grove, expecting to pick up her young son Milo from his first playdate with a boy at his new school. But the woman who answers the door isn’t a mother she recognises. She isn’t the nanny. She doesn’t have Milo. And so begins every parent’s worst nightmare. As news of the disappearance filters through the quiet Dublin suburb and an unexpected suspect is named, whispers start to spread about the women most closely connected to the shocking event. Because only one of them may have taken Milo – but they could all be blamed…

A twisty domestic noir, All Her Fault will have your mind running on overtime with no one to trust and an abundance of suspicions, betrayals, and lies.

First of all, I absolutely love the idea behind this story. After receiving my approval for my NetGalley request, I received an email from the author detailing how a personal experience influenced her story. Although her experience was an innocent mistake, the thought of something like this happening put me on edge straight away, I was intrigued to see where the story would go.

After a gripping opening that describes a parent’s worst nightmare, this tense thriller will have you imagining the worst of everybody, but probably not the ones with the real secrets to hide. There are some BIGGG twists in this book, and you’ll soon be glued to find out whether your instincts were right.

After the main revelations, however, I wasn’t sure how I felt about the answers that began to emerge as they seemed to come from nowhere. For the shock factor, this was great as I really had no idea. But I began to feel a little detached at first as it wasn’t what I was expecting at all. But then more twists come, and I was reeled right back in.

It’s certainly a chilling read that fills you with an everyday fear. But although the book suggests that a woman is guilty of this crime, it was only the men that I felt really suspicious of, so I feel like things could have been hinted more in their direction, rather than at the mysterious men around them.

Cleverly crafted, All Her Fault is an engaging thriller that is sure to have you hooked, and you’re going to love it if you enjoy an explosive ending. 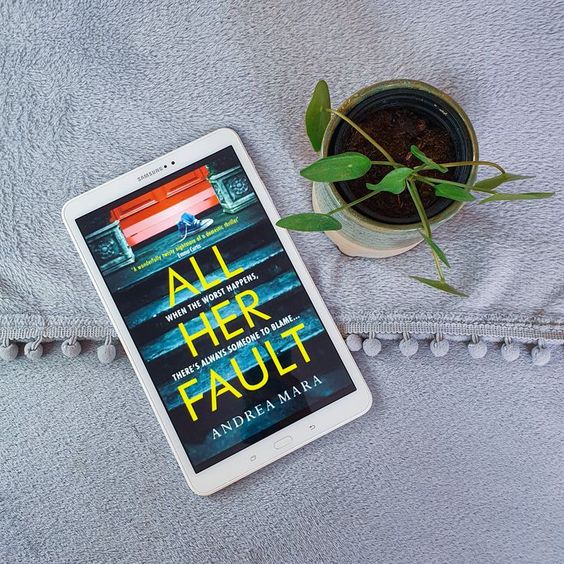 2 thoughts on “Book Review: All Her Fault By Andrea Mara”