“I want to do something splendid… something heroic or wonderful that won’t be forgotten after I’m dead. I don’t know what, but I’m on the watch for it and mean to astonish you all someday.”

The 1868 classic by Louisa May Alcott, Little Women follows the lives of the four March sisters — talented tomboy and writer Jo, tragically frail Beth, beautiful Meg, and romantic but spoiled Amy — and details their passage from childhood to womanhood. United in their devotion to each other, the story details their struggles to survive in New England during the Civil War and explores the timeless themes of love and death, war and peace, and the conflict between personal ambition and family responsibilities.

I can’t believe that I never knew until now that this book was originally published in two volumes, with part two of the story being published separately in the UK, title Good Wives. Because I reached the end of this book perplexed, wondering where my favourite scenes were.

I’ve watched three adaptations of this book and the most recent, directed by Greta Gerwig, is one of my favourite films. So I’ve always been familiar with the story and characters which really helped with my reading of this classic. And what great adaptations they have all been, as they all capture the essence of this story and these wonderful characters brilliantly.

It’s a beautiful story about sisterhood, family values, and love, with many of its themes feeling just as relevant today. Jo, especially, is such a standout character, refusing to conform to society’s expectations of a woman.

However, I have so much love for the films that I don’t think I can fairly review this book as I already had the characters fleshed out in my head, so I’m not sure if I would have enjoyed it as much as I did if I had read the book first. I’m also very annoyed that I have a whole other book to read now! It took me long enough to finally get around to this one!

I can completely understand why it is a classic though, and the latest film adaptation is most definitely worth a watch if you haven’t gotten around to it yet. 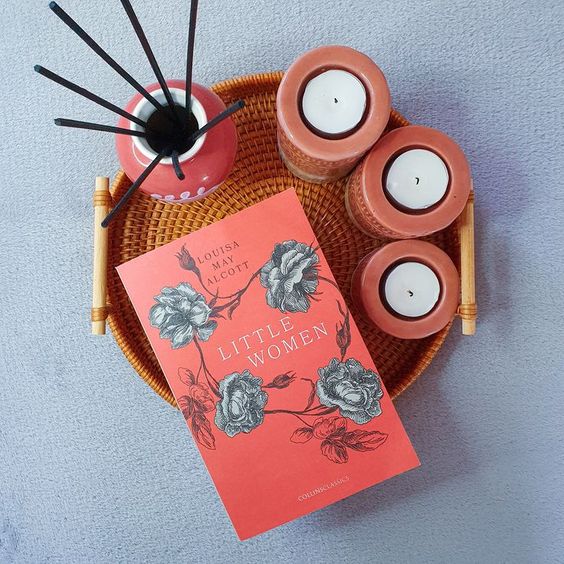