“You’ll be silent forever, and I’ll be gone in the dark.”

Published in 2018, I’ll Be Gone In The Dark by Michelle McNamara follows the true-crime journalist’s efforts to find the violent psychopath she called the Golden State Killer. Committing at least 13 murders, 50 rapes, and 120 burglaries across California between 1973 and 1986, the GSK, also known as the East Area Rapist and the Original Night Stalker, terrorised California for over a decade and eluding capture by some of the best detectives in the area. Determined to uncover the truth, Michelle pored over police reports, interviewed victims, and embedded herself in the online communities that were as obsessed with the case as she was.

We all know the names of serial killers such as Ted Bundy, Harold Shipman, and Jeffrey Dahmer. But I hadn’t heard of the Golden State Killer before reading this book, and I was shocked to find out how long this single person had gotten away with his crimes and just how many people he had made suffer.

I’ll Be Gone In The Dark is a remarkable account of this disturbed individual who, up until recently, had evaded capture for over 40 years. Told by a captivating and talented amateur sleuth, Michelle’s narrative is passionate and compelling. Her brilliant writing really draws you into the dark world of true crime, providing an inundation of evidence, reports and facts into this seemingly invincible case.

But this isn’t just a chilling account of a criminal mastermind and the hunt to find him, as it’s also an exploration of Michelle’s obsession and unflagging pursuit of the truth. There’s a thin line in true crime media between reporting on the truth and sensationalizing a criminal’s evil actions, so I’m always wary of the enjoyment I take away from learning about these real-life cases. But Michelle never oversteps this boundary, continually searching for the truth and dedicating her life to finding justice for his victims.

As she allows the reader into her life, her obsession with this serial killer is obvious as you soon begin to see how this investigation took over her life. But her goal always remains focussed, only ever thinking about the overwhelming impact that this single person made and the necessity for him to be unmasked.

Sadly, the book was released two years after McNamara’s death and two months before an arrest was made, two facts that break my heart. McNamara’s efforts to find the GSK were outstanding, and I can’t believe that she didn’t get to see the day that Joseph James DeAngelo Jr. was placed in handcuffs and taken away.

Although I found the book quite choppy at times and that it occasionally goes off track, I completely agree with this being a true-crime masterpiece. Michelle’s efforts truly deserve applauding, and I’m so thankful for her sharing her journey, emotions, and committed efforts with us.

I always find it easier to listen to true crime so I thoroughly enjoyed listening to this as an audiobook. The audiobook is narrated by Gabra Zackman who adds a brooding and engaging voice to the story, which brilliantly captures Michelle’s dedication, talent, and desperation. There is also an introduction by Gillian Flynn which I loved, as she’s one of my favourite authors.

A TV series adapted from the book was also released last year which is well worth a watch, too, as it allows you to meet some of the killer’s victims and also provides an update since the release of the book now that the GSK has finally been identified, caught and sentenced to life imprisonment without the possibility of parole. 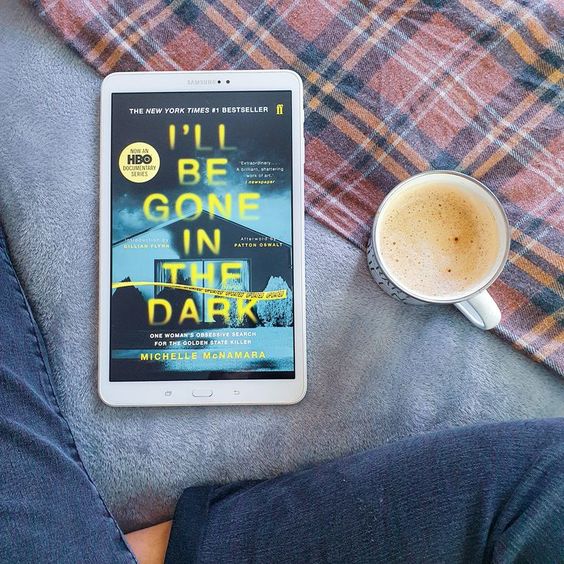