“He is her husband. She is his captive. Her husband calls her Jane. That is not her name.”

Published in January 2021, The Last Thing To Burn by Will Dean follows a woman called Jane who lives in a small farm cottage with her husband, Lenn. But her name is not Jane, and she is his captive. Surrounded by vast, open fields, there is space everywhere she looks. But she is trapped. No one knows how she got to the UK: no one knows she is there. Visitors rarely come to the farm and, if they do, she is never seen. Her husband records her every movement during the day. If he doesn’t like what he sees, she is punished. For a long time, escape seemed impossible. But now, something has changed. She has a reason to live and a reason to fight. Now, she is watching him and waiting…

I’ve been looking forward to this book as it has been highly recommended to me. But when we started reading this as a book club pick this month, I began to worry that it wouldn’t live up to the hype. Fortunately, for me, it did. And so much more!

Dark, twisted, and heartbreaking, The Last Thing To Burn is a powerfully tense read that will churn your stomach, catch your breath in your throat, and set your nerves on edge.

Dean’s portrayal of what victims of human trafficking go through is hard-hitting and shocking but I think it’s such an eye-opening narrative to use as we are often be blindsided about the brutality that some immigrants can face when they make their way into a new country, searching for a safe place.

His writing is so effective that I felt every one of Jane’s emotions and constantly felt in fear of her situation. All you want is for Jane to find the smallest chance of escape as you begin to feel the walls closing in around her, but nothing prepared me for the twists that kept on coming.

A relatively quick read, I couldn’t put this book down as it had me gripped with dread and I had to find out how it would end. As my first book by Will Dean, I definitely want to read more! 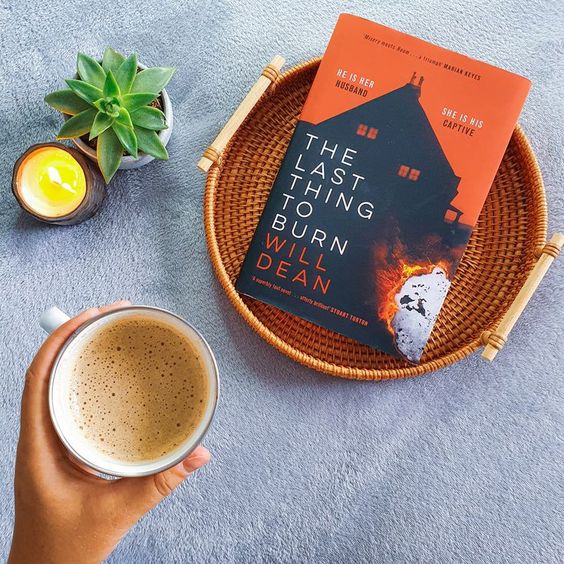