“Some are dying to remember. Some would kill to forget.”

Set to be published on 5th August, The Anniversary by Laura Marshall is set in the small town of Hartstead where, 25 years ago, a local man raged through the town, shooting eleven people dead at random. Cassie Colman was only four when Travis Green killed his last victim: the father she never knew. Cassie has spent her life trying to escape her past, but she is forced to return home when her mother starts forgetting even the basic details of hers. Then a strange discovery amongst her mother’s possessions calls into question everything Cassie thought she knew about the murders all those years ago. And on her quest for answers, Cassie realizes the past is a complicated thing. Some can’t remember it, some don’t want to. And some will do anything to ensure it stays buried…

The Anniversary is a unique and intriguing mystery thriller with a brilliant concept. Mainly told in the present tense, the story weaves in short flashbacks of the victims’ final moments to slowly unravel the truth about what happened on that tragic day.

The structure of the story is really interesting, allowing you to work alongside Cassie to figure out the truth. As she begins to dig into the past, you start to notice patterns in the different perspectives of this single event, as secrets are unravelled that put everybody under the spotlight.

Although the thriller elements take centre stage, there are some great discussions around motherhood in the background which are handled really well. Cassie struggles with her identity, not only because she lost her father at the age of four, but because she is a single mother who has to put all of her energies into looking after other people. I love how this theme of parenthood and the issue of doing what’s best for your child works its way into the main story, making Cassie a strong character to invest in and allowing you to relate to the story on a more personal level.

The Anniversary is a thoroughly enjoyable read and I thoroughly recommend you pick it up for a fast-paced and gripping read. 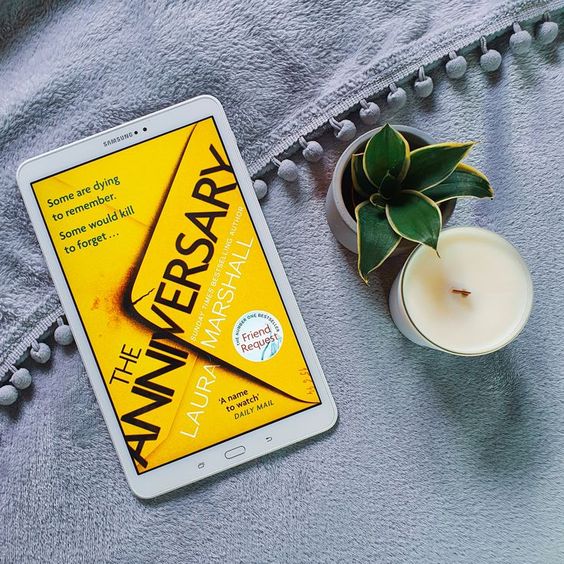