“We’re going to survive–our songs, our stories. They’ll never be able to forget us. Decades after the last man who fought at Troy is dead, their sons will remember the songs their Trojan mothers sang to them. We’ll be in their dreams–and in their worst nightmares too.”

Published in 2019, The Silence Of The Girls by Pat Barker follows the story of Queen Briseis who is stolen from her conquered homeland and given as a concubine to a foreign warrior. The warrior is Achilles: famed hero, loathed enemy, ruthless butcher, darkly troubled spirit. Briseis’s fate is now indivisibly entwined with his.

No one knows it yet, but there are just ten weeks to go until the Fall of Troy, the end of this long and bitter war. This is the start of The Iliad: the most famous war story ever told. The next ten weeks will be a story of male power, male ego, male violence. But what of the women? The thousands of female slaves in the soldiers’ camp – in the laundry, at the loom, laying out the dead? Briseis is one of their number – and she will be our witness to history.

The Silence Of The Girls is a beautifully written and insightful retelling of a popular Greek myth, a complex story of the resilience of women and the spoils of war. With moments of heartbreak, touches of humour, and even some heartwarming notions, the relationships and characters are developed so well that, even if this is your first experience of Greek mythology, you’ll feel right at home amongst these endearing characters.

I read The Song Of Achilles by Madeline Miller earlier this year so I already had some knowledge of Briseis, Achilles, and Patroclus during the Trojan war, so I highly recommend that you read that book first if you want some more in-depth knowledge of the main characters here. Barker does introduce these characters well enough for you not to read anything else first, but I did find that I understood the relationships and some of the background details better having done so myself.

And of course, it is Briseis who is the centre of the story here, not her male captors. But although this is a fictional story, there is still a lot that rings true when it comes to the issue of the abuse that women faced during the wars in our history, so it’s fascinating to see the story from a female point of view.

Although a female’s role is often seen as an unassuming one in war stories, often overlooked in the grander scheme of things and their situation considered nothing more than merely a consequence of a man’s actions, The Silence Of The Girls opens your eyes to the reality of that. While I don’t usually enjoy anything too heavily feminist, I think this is the perfect story to be told from a feminist perspective and Barker handles it perfectly, not coming across as preachy but instead hitting home with some delicate (and sometimes not-so-delicate) truths.

If you’re a fan of Greek mythology, then The Silence Of The Girls is a must-read. I can’t wait for The Women Of Troy to be released next month! 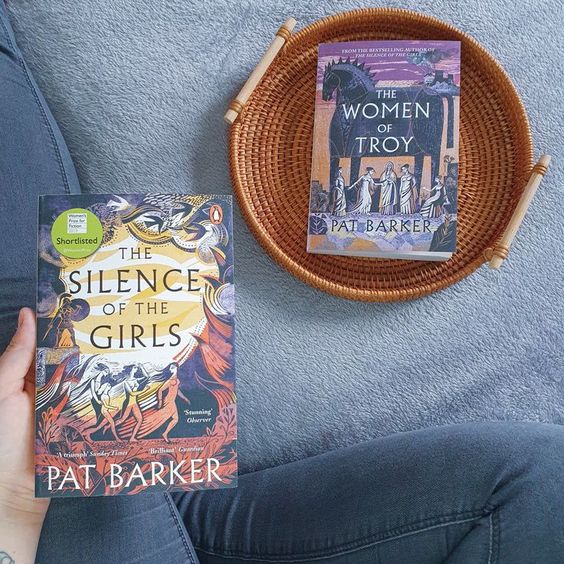