“But justice doesn’t exist, and the truth doesn’t matter, not in the real world.”

The second book in the A Good Girl’s Guide To Murder series, Good Girl, Bad Blood by Holly Jackson picks up with Pip who is releasing the first series of her true-crime podcast about the murder case she solved last year with the help of her now-boyfriend, Ravi. The podcast has gone viral, yet Pip insists her investigating days are behind her. She is not a detective anymore. But then someone she knows goes missing. Jamie Reynolds has disappeared, and the police won’t do anything about it. So if they won’t look for Jamie, Pip will. And this time, everyone is listening.

Thank you to Tandem Collective, Electric Monkey, and Holly Jackson for inviting me to join in the readalong for this book and for a free copy in exchange for an honest review.

I read A Good Girl’s Guide To Murder last month and loved it, so I was so excited to have the opportunity to move onto this second instalment so quickly. And it’s just as remarkable as the first!

Good Girl, Bad Blood follows a new and exciting investigation. There are parts of the story that weave into the first with many of the same characters and relationships, but it swiftly recaps book one so that you know what’s going on. If you haven’t read the first book but intend to, however, I would suggest that you do that first though, as this book does give spoilers about who was involved in Pip’s last case.

There’s so much in this book that I loved about the first, with the same likeable characters, cleverly constructed and fast-paced plot, and abundance of shocking twists and turns. But this time, the story is told through Pip’s new podcast which was such a fanastic idea, and I also love the addition of photographic evidence amongst Pip’s transcripts and interviews.

It’s another brilliant book to play detective to and I certaibly didn’t predict what was to come. The case itself takes a slightly darker turn, as well, which I think is sure to transform the Pip we are soon to see in book number three, which I will now have to definitely go and buy.

This is most definitely one of the best series that I have read and it’s so accessible for all ages, too. If you’ve had it say waiting on your shelf for too long like I did, you must get to it soon. I promise you that you won’t regret it! 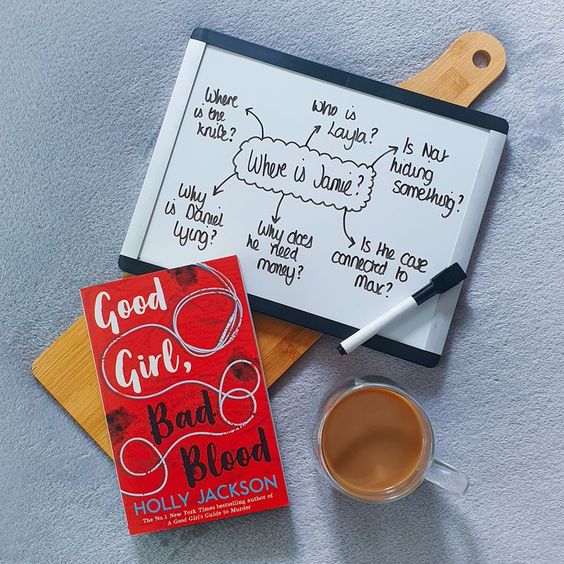