“People tried to make sense of tragedy, when the point of tragedy was that it was senseless. Bad things didn’t happen for a greater reason. They just happened.”

Released in 2020, The Other People by CJ Tudor follows Gabe who, three years ago, saw his daughter taken in the back of a rusty old car. He was driving behind the car. He watched her disappear. But no one believes him. Most people believe that his daughter, and wife, are dead. For a while, people believed that Gabe was responsible. But Gabe cannot give up hope. He spends his days and nights travelling up and down the motorway, sleeping in his camper van in service stations, searching for the car that took her. Searching for his daughter.

Fran and her daughter, Alice, also spend a lot of time in service stations. But they aren’t searching. They are running, trying to keep one step ahead of the people that want to hurt them. Because Fran knows the truth. She knows what really happened to Gabe’s daughter. She knows who is responsible. And she knows that if they ever find them, they’re dead.

I’ve been on a bit of a CJ Tudor binge recently and I have most definitely found a new favourite author. The Other People is another tense and fast-paced thriller that I couldn’t put down, and I had no choice but to stay up until the early hours and finish this in one sitting.

It takes a while to see where the story is going at first as there are three stories that are eventually intertwined. But the complex plot comes together brilliantly and will have you questioning every possibility. There’s also a really creepy subplot to make things even more intriguing, slowly building up the tension and captivating you in every possible way.

The only thing that has stopped me from giving this a full five stars is that I wanted the paranormal elements to be used more prominently. I know some readers hate paranormal twists so this will work for most, but I’ve found that Tudor is one of few authors who can get away with it, so I just wanted one final twist instead of the almost vague explanation. Other than that, I absolutely loved this! 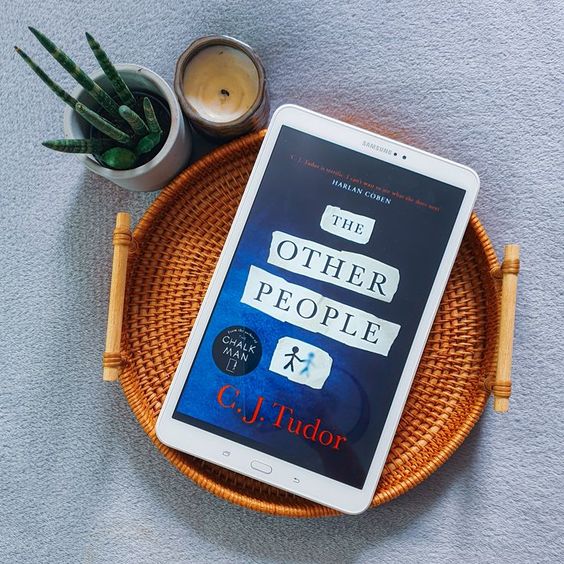 3 thoughts on “Book Review: The Other People by CJ Tudor”