When the Emperor transfers stewardship of Arrakis from the noble House Harkonnen to House Atreides, the Harkonnens fight back, murdering Duke Leto Atreides. Paul, his son, and Lady Jessica, his concubine, flee into the desert. On the point of death, they are rescued by a band for Fremen, the native people of Arrakis, who control Arrakis’ second great resource: the giant worms that burrow beneath the burning desert sands. In order to avenge his father and retake Arrakis from the Harkonnens, Paul must earn the trust of the Fremen and lead a tiny army against the innumerable forces aligned against them. And his journey will change the universe.

I’m not particularly a fan of sci-fi books, but I do love sci-fi films. So I was eager to read this sci-fi classic in anticipation of the upcoming film adaptation, which is set to star a host of talented actors including Timothée Chalamet, Rebecca Ferguson, Oscar Isaac, Josh Brolin, Stellan Skarsgård, Dave Bautista, Zendaya, Charlotte Rampling, Jason Momoa, and Javier Bardem, and which will be released on 22nd October.

So this is a hard book to review as I am by no means the intended audience. However, I always find science fiction stories inspiring, and Herbert’s creation is absolutely mind-blowing. The foundations this book has laid for so many modern science fiction stories is obvious throughout, which feels probably more accessible today than it did during its original release in 1965.

It did take me a while to get into this story, but I found that reading a chapter synopsis side-by-side really helped me to understand all of these new concepts. It didn’t take long for me to understand the conflicting sides and eventually I really began to enjoy the characters and their individual journies.

I was hoping for more of a climactic ending, but I think this is something that the film will be able to adapt in a much more exciting way, and I can’t wait to watch the film! 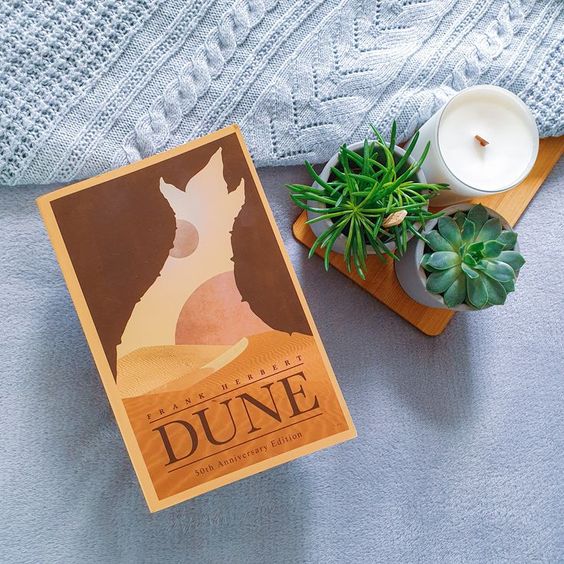