“The truth? Achilles’ story never ends: whenever men fight and die, you’ll find Achilles. And as for me – my story and his were inextricably linked.”

Set to be published on 26th August, The Women Of Troy by Pat Barker follows on from its predecessor with the fall of Troy. The Greeks have won, and are waiting to return home as victors. All they need is a good wind to lift their sails, but the gods have been offended, and in these empty, restless days, the hierarchies that held them together begin to fray, old feuds resurface and new suspicions fester. Largely unnoticed by her squabbling captors, Briseis remains in the Greek encampment. She has survived the Trojan War, but peacetime may turn out to be even more dangerous…

Thank you to NetGalley and Hamish Hamilton for a free advance copy of this book in exchange for an honest review.

The Women Of Troy is another beautifully written story told from the point of view of the silenced women, which continues the series with a focus on the aftermath of the Trojan war.

I read The Silence Of The Girls in anticipation for this second book last month, which I would definitely recommend reading before moving onto this book if you’re interested in getting a full picture of this story.

Yet again, I love the focus of the resilience of women and Barker’s detailed prose, as she retells a familiar story from a fresh point of view. But while I enjoyed this second instalment and wholly appreciate Barker’s meticulous research into it, I just didn’t feel the same emotions this time around.

It’s a difficult setting when our characters are all stuck in this limbo stage of war, as there’s not really any action to direct the female’s narrative around. Even more so, Briseis has now accepted her role amongst the Greeks and has been lucky in her marriage to Alcimus who is very respectful of her, so it’s difficult to see this story from her standpoint when she’s more acclimatised to the situation than the other women involved.

And although Briseis speaks to these other women to allow us to understand their circumstances, this outsider perspective doesn’t allow the reader to feel their pain in the same way that the first book does. The men are much more subdued after using all of their energies in the war, as well, as they seem more occupied with massaging their own ego than really making a point, so the impact of the story just isn’t quite the same.

This second book may not have had the heart or humour of the first book for me, but I did love getting to learn so much more about this fictional history, and I would definitely be interested in seeing Pat Barker continue the series. 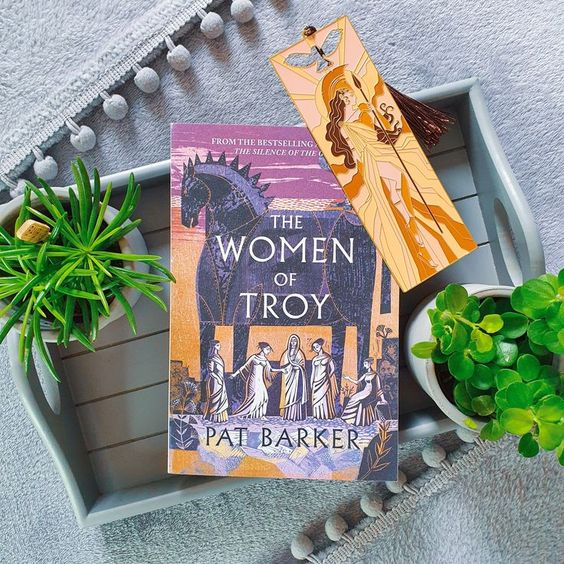 One thought on “Book Review: The Women Of Troy (Women of Troy #2) by Pat Barker”