“ONE BODY. FIVE MINDS. ONE KILLER.”

Set to be published on 2nd September, Five Minds by Guy Morpuss is set in a future where the Earth’s spiralling population has finally been controlled. Lifespans are limited to eighty years, except for those who make an extreme choice: to become a commune. Five minds sharing one body, each living for four hours at a time. But with a combined lifespan of nearly 150 years.

Alex, Kate, Mike, Sierra and Ben have already spent 25 years together in what was once Mike’s body, their frequent personality clashes leading to endless bickering, countless arguments, and getting themselves stranded on a Russian arctic freighter. Wanting to buy upgrades for their next host body, they decide to travel to a Death Park where games are played and time can be gambled like money. But things go very wrong when Kate accepts a dangerous offer, and one of them disappears.

It soon becomes clear that someone is trying to kill off members of the commune. But why? Is one of them responsible? Or is an outsider playing a deadly game? It’s hard enough to catch a murderer. It’s almost impossible when you might be sharing a body with them…

Five Minds is an astonishingly unique and high-intensity speculative sci-fi thriller that is a must-read if you want to experience something completely new.

The best way to describe this book is to say that reading it feels like playing a video game. I felt like I was in this body with these five minds, with my movements being controlled by a higher power and a series of trials forced upon me to make it through the day.

It wasn’t quite what I was expecting as it’s definitely more action/sci-fi than psychological. I was hoping there would be more insight into the mental state of these characters and the differences between the five minds, but it is more about their actions and motivations and trials they must face to keep adding lives to their expiry date.

Of course, you do get a great insight into these character’s minds at the same time, as Morpuss does a fantastic job of giving these five characters distinctive personalities, all while sharing the same body and appearance. But the book is much more about the world that Morpuss has created and the path these characters must take to survive it.

Although this isn’t my typical genre, I do love a dystopian setting and Morpuss’ creation is absolutely brilliant. I was worried that it would take a while for me to understand the concept and get to know the characters, but this all happens very quickly which is unusual for any book, let alone one so original and complex.

As a debut novel, this is an outstanding effort by Morpuss. I haven’t experienced a book like this before but I definitely had a lot of fun navigating this new world. I’m really looking forward to seeing where Morpuss will take us next. 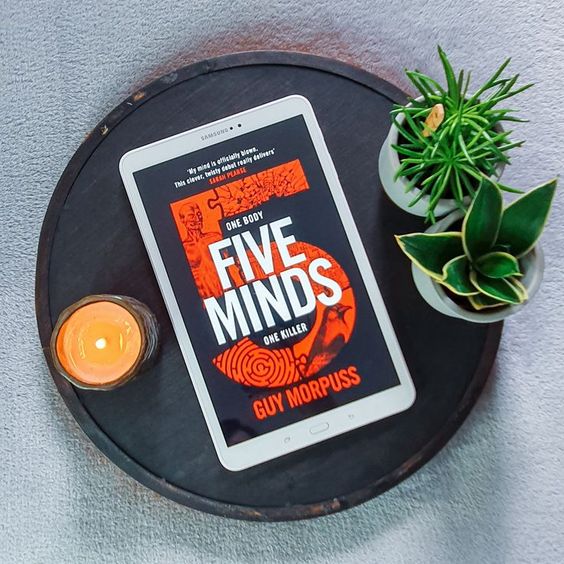