“If you are honest, people may deceive you. Be honest anyway. If you are kind, people may accuse you of selfishness. Be kind anyway. All the good you do today will be forgotten by others tomorrow. Do good anyway.”

The 2018 book from Fredrik Backman, Beartown is set in a small Swedish town cut-off from everywhere else that experiences the kind of isolation that tears people apart. And each year, more and more of the town is swallowed by the forest. Then, the town is offered a bright new future. But it is all put in jeopardy by a single, brutal act. It divides the town into those who think it should be hushed up and forgotten, and those who’ll risk the future to see justice done. Who will speak up?

“Late one evening toward the end of March, a teenager picked up a double-barrelled shotgun, walked into the forest, put the gun to someone else’s forehead and pulled the trigger.”

Talk about grabbing your attention from the first page.

This is my first book by Fredrik Backman and I was really excited to pick one up as I have only heard good things about his work. And what a brilliant place to start! Beartown is a deeply engaging and beautifully detailed story that is, at its core, a heartfelt study of people.

Although there is a focus on sport with Beartown being a hockey town and a lot of the story being centred around sport culture amongst the players, something which I wouldn’t normally have any interest in, I was still constantly engaged with the story. Because it’s about so much more than sport: it’s about community, loyalty, justice, and standing up for others.

Backman explores many important social issues but the tone remains light throughout. The serious topic of rape, especially, is handled in a sensitive and thought-provoking way. There are obviously some emotional scenes, but there’s plenty of humour at the same time and I love how warming the narrative felt.

Narrated by John Sackville, I really enjoyed the audiobook version of this book and it really helped me to distinguish between all of the different characters (of which there are many!). 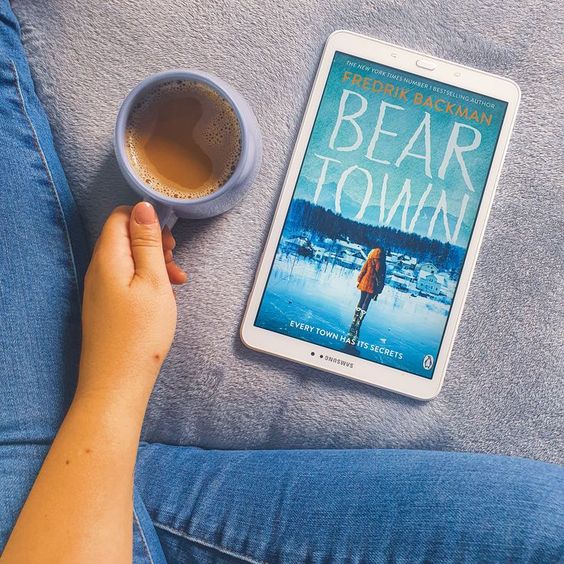