“If your mother was missing, would you tell the police? Even if the most obvious suspect was your father?”

Set to be published on 14th September, Apples Never Fall by Liane Moriarty follows the Delaney family who love one another dearly — it’s just that sometimes they want to murder each other.

The Delaneys are fixtures in their community. The four Delaney children — Amy, Logan, Troy, and Brooke — were tennis stars in their younger years. But as their father will tell you, none of them had what it took to go all the way. That’s okay, as they are all now successful grown-ups and there is the wonderful possibility of grandchildren on the horizon. Their parents, Stan and Joy, have just sold their famed tennis academy and are ready to start what should be the golden years of their lives. So why are they so miserable?

One night, a stranger named Savannah knocks on Stan and Joy’s door, bleeding after a fight with her boyfriend. The Delaneys are more than happy to give her the small kindness she sorely needs. But when Joy goes missing and Savannah is nowhere to be found, the police question the one person who remains: Stan. But for someone who claims to be innocent, he, like many spouses, seems to have a lot to hide. Two of the Delaney children think their father is innocent, two are not so sure. But as the two sides square off against each other in perhaps their biggest match ever, all of the Delaneys will start to reexamine their shared family history in a very new light.

Apples Never Fall is a sharp and complex observation of family life, past mistakes, and the burden of regrets, expertly moulded around a mystery that brings its characters together to cleverly explore their interpersonal dynamics.

Moriarty is such a skilled writer. As with the other two books of hers that I have read so far, the thriller side of the synopsis, although pivotal to the storyline, remains in the background while the characters take centre stage. I love the An Inspector Calls feel to this story, as these family members slowly come undone and their secrets are revealed to show how small actions can lead to big consequences.

The characters are all developed with fantastic depth and you get to know each of them intimately, as we delve into their relationships to pick apart their loyalties, conflicts, and rivalries. There is constantly so much mystery bubbling under their words and actions and the twists that come are so unexpected.

Most prominently, Apples Never Fall is an insightful look at parenthood, and I especially love the discussions around certain things that you don’t understand about your own parents until you become a parent yourself. There was so much that I related to in this regard and a lot that made me laugh out loud, especially the comment about how your family assume that you like cooking just because you have to do it every single day (when deciding what to make for tea every day is actually a chore in itself, am I right?).

I did find the ending quite slow but that’s only because I’m used to quick wrap-ups, whereas Moriarty ensures that every one of her characters’ stories is tied up neatly. Just like all of her other books, I’m sure this will be gracing our TV screens at some point in the future, as it calls for big actors to take on these interesting characters and this mysterious plot.

The audiobook is narrated by Caroline Lee who has also narrated every other book by Moriarty. I listened to What Alice Forgot recently and loved it, so I was so glad to have Lee’s voice back in my ear.

Lee adds so much personality to the characters, adding plenty of satire to constantly keep you paying attention to this very character-driven and dialogue-heavy story. Most of all, I love getting to hear the story told in an Australian accent as I feel like that’s how Moriarty’s need to be heard, emphasising the tongue-in-cheek humour and unique quirkiness of her writing. 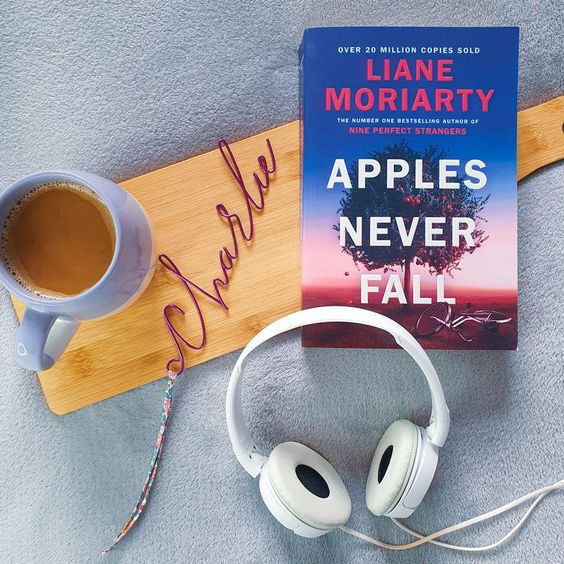