“We’re best friends. We trust each other. But… We are all liars.”

Set to be released on 30th September, We Are All Liars by Carys Jones follows five friends – Allie, Stacie, Diana, Emily and Gail – who have been by each other’s sides for as long as they can remember. But growing up has meant growing apart. And little white lies have grown into devastating secrets.

When Gail invites the increasingly estranged friends to reunite at her Scottish cabin, it could be the opportunity to mend old wounds and heal the cracks in their friendship. But when a freak snowstorm rocks the cabin and one of the girls is found dead on the ice, their weekend away becomes a race against time – and each other – to get off the mountain alive.

And in the end, whose story can you trust when everything was founded on lies to begin with?

It’s the season of chiller thrillers and you’ll probably be worried that the synopsis of this book sounds similar to something else that you’ve probably read recently. But I love a snow-set thriller with a mistrusting group of characters, so I was eager to pick this one up.

A combination of The Hunting Party and, well… any thriller set in the snow, We Are All Liars did feel heavily influenced by many of my favourite books. So I was constantly on the lookout for something that made it stand out. And it sure delivered that by the end.

Told between three timelines, one in the present as an unnamed narrator is questioned by the police about the death of one of the characters, this book does keep you guessing about what’s going on and who to trust. And I love how the title comes into play, because these characters are all liars. But which lie has sent somebody over the edge? Literally…

With a well-described setting and a concoction of emotions bubbling to the surface, there is so much tension in this book that takes you on an exhilarating ride of unpredictability. However, because it is obvious that something happened in the past to cause these many conflicts, it did take me a while to warm to the characters.

They all seemed to hate each other and their weekend retreat felt unbelievable because of this, so I didn’t find it very convincing at the start. But when the reasons for all of this mistrust and resentment are revealed, I soon began to understand the relationships better and quickly got back into the story.

The twist is well worth sticking around for, too. It’s hard for books to impress me with a twist ending these days after so many thrillers, but I loved the originality to this one, and I couldn’t predict how things would work out at all.

If you love a murder mystery, especially one with freezing cold temperatures, this is definitely a book worth checking out. 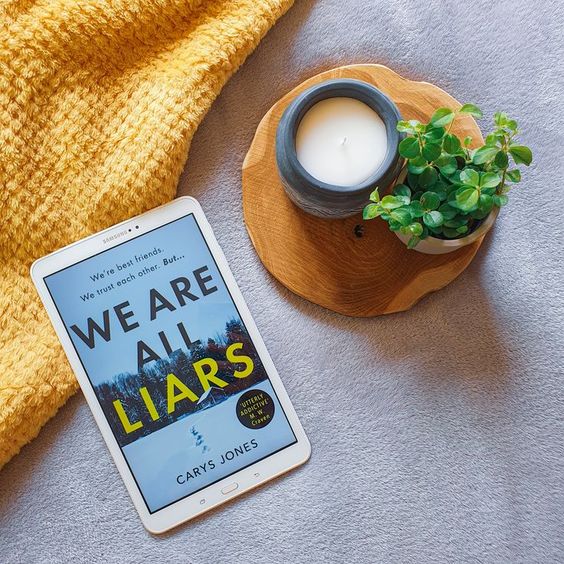