“Lydia is dead. But they don’t know this yet.”

Published in 2015, Everything I Never Told You by Celeste Ng follows the Lee family – mother Marilyn, father James, and their three children. Lydia is the favourite child; a girl who inherited her mother’s bright blue eyes and her father’s jet-black hair. Her parents are determined that Lydia will fulfil the dreams they were unable to pursue. Marilyn wants her to become a doctor rather than a homemaker, and James hopes that she will become popular at school, a girl with a busy social life and the centre of every party. But Lydia is under pressures that have nothing to do with growing up in 1970s small-town Ohio. So when her body is found in the local lake, her parents are left devastated, but too consumed by their own guilt to really see what’s going on.

Celeste Ng is a beautiful writer and I always feel so invested in her stories. Everything I Never Told You is another excellently written book that explores its themes with great awareness and enlightenment.

I really enjoyed Little Fires Everywhere but I very much feel the same about this book that I did with that one. There’s so much I appreciate about Ng’s writing and storytelling. Most of all, I love how she explores the family dynamic – the lies that start off harmless, the typical secrets from parents, the conflicts in age differences.

Put that alongside Ng’s knowledgable insight into being part of a family of this heritage and during this time, there’s always so much that I find fascinating about her characters and their relationships with each other.

However, her books always lack a punch, for me. I really expected this one to be an emotional experience, but the death of Lydia is very much a prompt rather than part of the story. I’m just left too dissatisfied to love it more, although I will always look forward to reading more of her work. 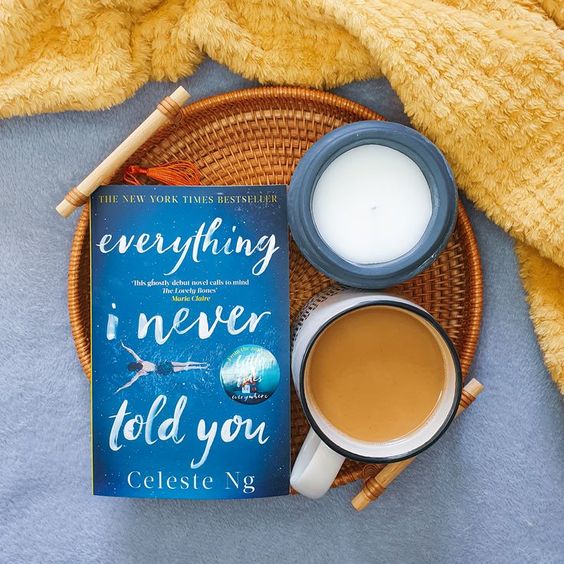