“Ed knows different. For reasons of his own, he knows a monster when he sees one…”

The 2020 thriller by TM Logan, The Catch follows father Ed who is delighted to meet his twenty-three-year-old daughter’s fiancé for the first time. Ryan appears to be the perfect future son-in-law. There’s just one problem: there’s something off about Ryan – something hidden in the shadows behind his eyes. And it seems that only Ed can see it. Terrified that his daughter is being drawn in by a psychopath, Ed sets out to uncover her fiancé’s dark past – while keeping his own concealed. But no one believes him. And the more he digs, the more he alienates her and the rest of the family, who are convinced that Ryan is ‘the one’.

I always have a lot of fun with a TM Logan book so I was really looking forward to getting to this one. An immensely entertaining read, The Catch is an easy book to devour as Logan really makes you feel like a part of the family in this stimulating domestic thriller.

I didn’t love it as much as the two other Logan books that I have read as it is a little slower. But that’s because it’s all about the build-up and speculation, as nothing big happens until the last third of the book.

But I never wanted to skip ahead as I was always on the lookout for some more insight. I loved the constant conflict between wanting to prove Ed wrong in his delusions and hoping that he finds a chance to redeem himself, and I had no idea which way it would finally swing.

The end of the book seems to split readers but I really enjoyed it. I was hoping for a dark twist somewhere and I feel like this worked in a genuine way. 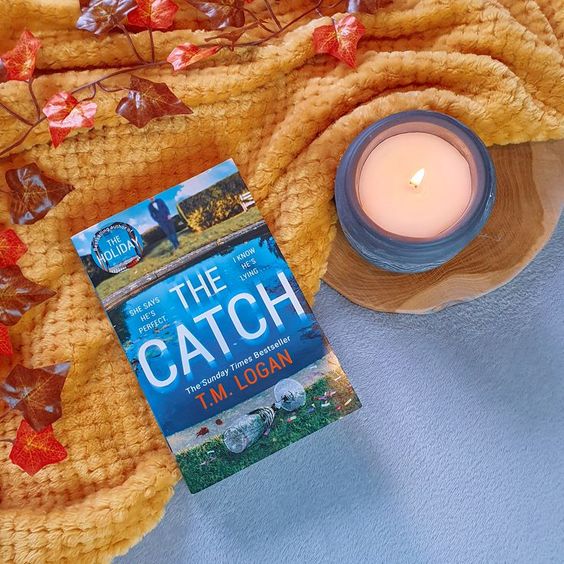