“In cities, after all, you are always within screaming distance of a psychopath.”

Published in 2013, The Magpies by Mark Edwards follows optimistic Jamie and Kirsty as they move into their first home together. The future, in which they plan to get married and start a family, is bright. The other residents of their building seem friendly too, including the Newtons, a married couple who welcome them to the building with open arms. But when strange things start to happen, Jamie and Kirsty find themselves targeted by a campaign of terror. As they are driven to the edge of despair, Jamie vows to fight back, but he has no idea what he is really up against…

The Magpies is an original and tension-filled thriller that will have you fearing vampires, ghosts, and monsters under the bed. But some evil is real, and you’ll certainly be left biting your nails in anticipation for the reveal of this one.

Pay no attention to the cover photo as it in no way relates to the story, but it does prepare you for a sinister atmosphere, and that’s plenty of that. Edwards does a fantastic job of filling this apartment block with a sense of fear.

This is my second book by Mark Edwards and I’m really enjoying his writing style. His books are easy to get into, have strong characters, and brilliantly emphasise a darkness looming over them. However, they are occasionally a little too cheesy, which you will either love or hate. I find that it does interrupt my engagement at times, but it most definitely adds to the entertainment factor.

The audiobook is narrated by Elliot Hill who does a good job. There are a lot of sex scenes so Hill was given quite a difficult task with this one, as there are many scenes that feel a little awkward and cringe-worthy. But for the most part, he kept me engaged. 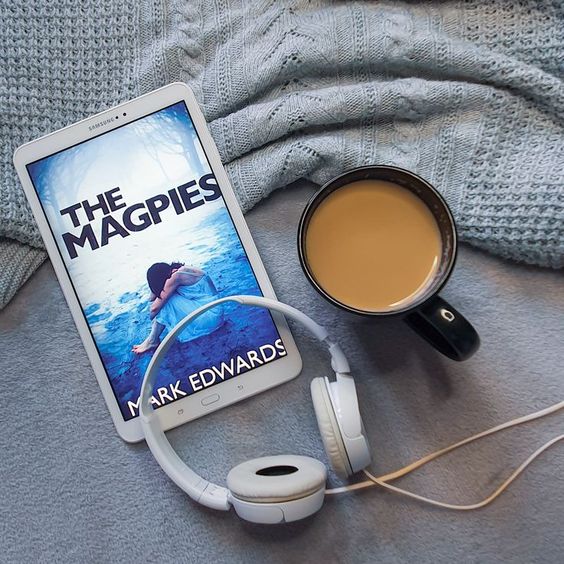