“A stranger. A child. A liar who will stop at nothing…”

The seventh book in Katerina Diamond‘s DS Imogen Grey series, Trick or Treat sees six-year-old Marcus taken from outside his house on Halloween. There is only one witness: a frightened teen determined to keep himself hidden. After an anonymous tip-off, Detective Imogen Grey is called out to an expensive Exeter street, caught up in the buzz of the holiday. But when the police visit Marcus’s house, his parents claim everything is fine. Imogen is sure there is more to the family than meets the eye. But just how much more, she could never have imagined.

A fast-paced and well-developed thriller with plenty of exciting revelations, Trick or Treat is a suspenseful instalment in an enjoyable detective series that I definitely want to read more of.

This is yet another detective series that I have jumped in with the most recent release rather than starting from the beginning. Sometimes you can slot right into a series, but I feel like I needed to get to know these characters better to really love this one.

The story is quite heavily focused on the characters so, having not read the other books, I couldn’t engage with it completely. While I liked Imogen and her relationship with Adrian, and Diamond deals with some sensitive topics in a brilliant way, I know that I would have been more emotionally gripped if I had spent more time with them beforehand.

Focusing more on police procedural rather than anything more psychological, putting a lot of the action in the background while focusing on the emotions and development, I wasn’t rushing to get through it but I did love the complex case. I’ve heard about crimes like this in real life so I found it really interesting to see how the story evolved.

The only thing that really let me down is that the book has nothing to do with Halloween, apart from the crime happening on that day, and had none of that atmosphere. But that’s only disappointed me because I was looking forward to a spooky read after seeing the cover and title, so my expectations were all wrong on that front.

But aside from that irrelevant criticism, I’m definitely looking forward to catching up with the rest of the books in this series and getting to know DS Imogen Grey more in-depth. 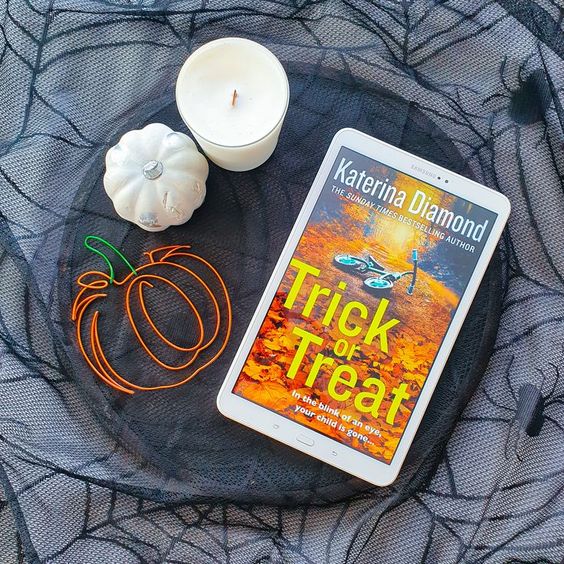