“But now she knows she was foolish to believe that evil existed only out there. It was here, among them, walking on two legs, passing judgement with a human tongue.”

The Mercies by Kiran Millwood Hargrave is set in the 1600s in a Norwegian coastal village where, after a storm has killed off all the island’s men, the women are struggling to survive against both natural forces and the men who have been sent to rid the community of alleged witchcraft. The sinister figure leading the hunt is Absalom Cornet who arrives from Scotland after burning witches in the northern isles. Now, two women, Maren and Ursa, are drawn to one another in ways that surprise them both. But the island begins to close in on them, with Absalom’s iron rule threatening Vardø’s very existence.

A beautifully inspired story with compelling characters, The Mercies is a powerful tribute to women’s strength, ability, and companionship.

Inspired by the true story of the witch trials in Vardø in the 1600s, I love how Hargrave has taken this true story and crafted this empowering tale of womanhood around it. Because men weren’t afraid of women being actually devoted to the devil, they were scared of independent females.

The Mercies is a brilliant devotion to not only the real women who were put on trial for witchcraft, but to the women who still have their abilities doubted today. Because although a lot has changed over the years, this isn’t just a thing of the past, and I was completely disgusted to learn that witch trials are still held in some countries because of men who fear women having their own voice.

The characters of Maren and Ursa are beautifully crafted and there is so much emotion in how their friendship develops. However, I did find the first half of the book very slow. I needed a lot more atmosphere to really pull me in, as it took me a while to really find my place with the characters and the setting. As soon as the events around the witch trials came into play, though, I was quickly swept in.

The final part of the book is incredibly moving and fascinating, and I love a book that teaches me about history in such an interesting way. I just wanted to be gripped more at the beginning, because the final third is truly phenomenal. 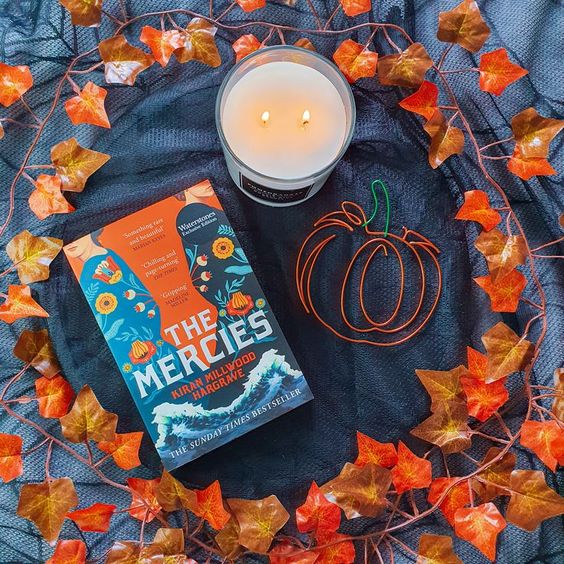