“The apparition had reached the landing halfway up and was therefore on the spot nearest the window, where, at the sight of me, it stopped short.”

Originally published in 1898, The Turn Of The Screw by Henry James tells of a young governess sent to a country house to take charge of two orphans, Miles and Flora. Unsettled by a sense of intense evil within the house, she soon becomes obsessed with the belief that malevolent forces are stalking the children in her care.

The Turn Of The Screw is a tough book to read. The writing is extremely flowery and I found it difficult to get through each sentence, so I ended up switching to audiobook halfway through which made for a much easier experience.

Getting used to the prose, I could instead focus on the unreliable narrator, as it’s up to the reader to decide the truth. Is the governess sane and really plagued by these supernatural hauntings? Or is something much more sinister going on? I love a story that torments you with having to make such a vital decision based on your own engagement with the characters, so I did really enjoy this side of the story.

However, the main problem I have with classic ghost stories is that I always expect them to be scary, and that’s very rarely the case. I loved The Woman In Black because the painful exploration of grief made me emotional, and I enjoyed The Haunting Of Hill House because of the lingering eerie atmosphere in the house and thought-provoking discussions around mental health.

Although The Turn Of The Screw also asks you to address whether the governess is mentally stable or not, it didn’t have the same effect on me this time around. So I was again let down with The Turn of the Screw because it didn’t scare me. It’s certainly a little creepy, but it didn’t have anything else to really pull me into the story. I’ve seen various film adaptations and absolutely love The Haunting Of Bly Manor which expands on this story in a brilliant way, so maybe I was just expecting more because of this.

Of course, it’s thanks to Henry James’ original work that these brilliant adaptations have been made, so I do appreciate this book and it’s another classic that I will read again in the future to hopefully get more out of on a second read. 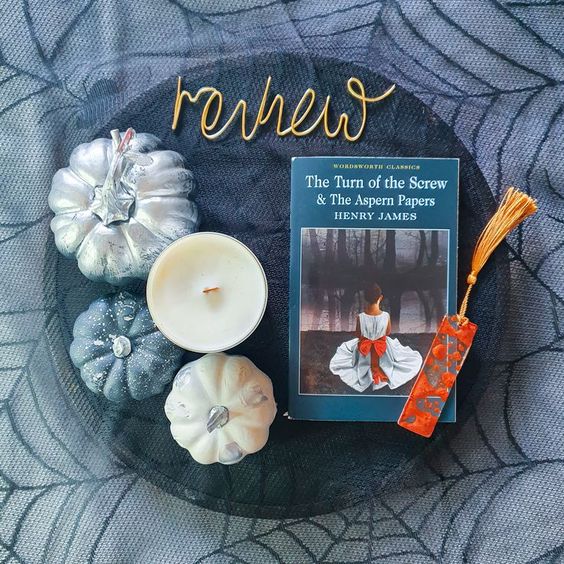