“A race against time to save her child…”

Originally published in 2019, Seven Days by Alex Lake follows Maggie who, for the last twelve years, has been imprisoned in a basement. Abducted aged fifteen, she has since given birth to three sons. The first two were taken away from her on their third birthdays. Now, it’s seven days until Max turns three. She’s dreading it. She cannot let it happen again. But she has no idea how to stop it. And the clock is ticking…

Seven Days is a dark and gripping thriller that is impossible to put down. Once you know what’s going on, you just have to know how it ends. It’s such an addictive read that I had to sit and read it in one sitting.

Lake brilliantly captures both what it must feel like to be held captive but also the pain of the family left behind and how they deal with that uncertainty of not knowing where their child is. I loved getting to see the story from both perspectives, which really grips you emotionally, and you could really feel the intensity of Maggie’s situation.

The only reason I haven’t given this book a full five stars is because I have read Room by Emma Donoghue which felt very similar at times, also centring on a mother and her child being held captive. So this took away some of the shock-factor for me, although Lake definitely adds his own original qualities to this story.

If you like dark thrillers, this is definitely a must-read. I can’t wait to read something else by Alex Lake soon. 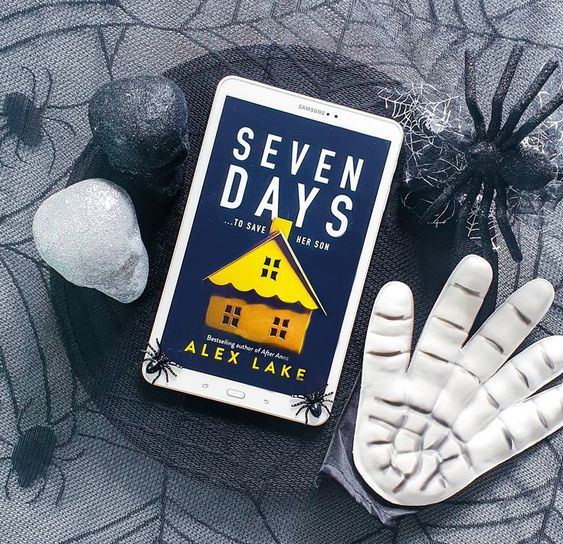