“You could not explain fear; you could only feel it, roaring through the silence and striking your heart still.”

Originally published in 2017, The Silent Companions by Laura Purcell follows pregnant Elsie who believed she was destined for a life of luxury. But widowed just weeks after her wedding and with her new servants resentful, Elsie has only her late husband’s awkward cousin for company. Or so she thinks…

Inside her new home lies a locked door, beyond which is a painted wooden figure — a silent companion — that bears a striking resemblance to Elsie herself. The residents of the estate are terrified of the figure, but Elsie tries to shrug this off as simple superstition. That is until she notices the figure’s eyes following her…

The Silent Companions is exactly how I like my books: dark, creepy, and atmospheric. A beautifully described Gothic tale, this book gave me chills and I genuinely felt quite scared to pick it back up again.

Told through three narratives – one in the present after Elsie has been locked in a mental asylum, a second as she recounts her time at The Bridge leading up to her current situation, and a third in the past told through the journal entries of her ancestors – I loved getting a sense of both the Victorian era in Elsie’s present and of the past in the 1600s as we get a glimpse into the witch trials going in during that time.

Purcell does a fantastic job of describing these periods of history in such a strong but also distinctive manner, while also not neglecting her characters. I could picture every room and person, and was constantly desperate to go back between the stories to find out more about them all.

And let’s not forget the companions themselves. They really creeped me out and are detailed so well that I could really visualise every figure and constantly feel their eyes bearing down on me. I still feel like they are watching me, and love how Purcell took a 17th-century room decoration and made it so terrifying.

A beautifully haunting read, The Silent Companions is a perfect Halloween read and one that I will definitely return to when I’m in the need of something spooky. 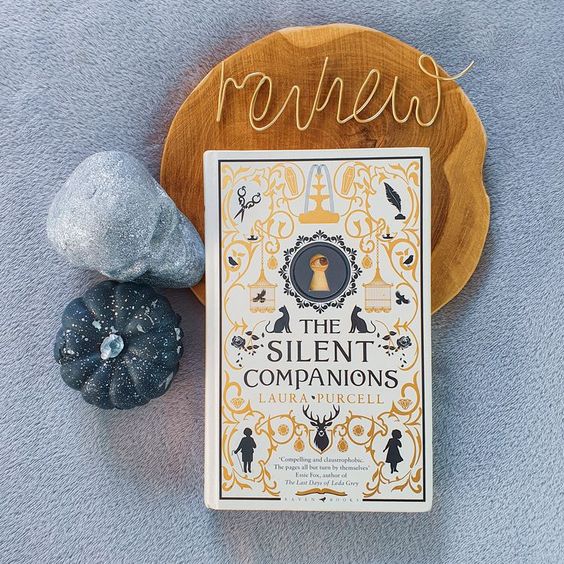