“If Reacher is coming after you, you might be better off dead.”

The 26th book in Lee Child‘s Jack Reacher series and co-written by Andrew Child, Better Off Dead sees Reacher facing a new problem on a deserted road in Arizona, where a car has crashed into the only tree for miles around. Minutes later, Reacher is heading into town. To introduce himself to the shadowy crew who made it happen. Their boss has a terrifying reputation, and the stakes are high. Just to get in and meet him, Reacher is going to have to achieve the impossible.

My favourite books are Karin Slaughter’s Grant County/Will Trent series, and my husband’s are Lee Child’s Jack Reacher series. He’s been on at me for years to start reading this series, but the only book I have actually read so far is the Will Trent/Lee Child cross-over short story, Cleaning The Gold. So when I was asked to review the latest book in the Jack Reacher series, I jumped at the chance to read it before my husband could get his hands on it!

All joking aside, I’ve been looking for an excuse to start this series, and the introduction of this latest instalment had me gripped. With a fast pace, plenty of exciting twists, and a story that I couldn’t wait to unravel, Better Off Dead is most definitely an exciting and high-adrenaline read.

But it’s hard to properly review a book when you jump in at the 26th instalment as it’s not fair for me to say that I didn’t get a chance to know Reacher properly when I’ve missed out on so much. And although I did get a good idea of what he’s all about, I did have to ask my husband about some of his history to get some better context.

Still, I really liked him as a lead character and found the action very entertaining. I certainly enjoyed it a lot more than I anticipated, and I am definitely excited to start the series from the beginning at some point.

The audiobook is narrated by Jeff Harding and although I wouldn’t normally choose such a “macho” narration, it really suits the story and character. 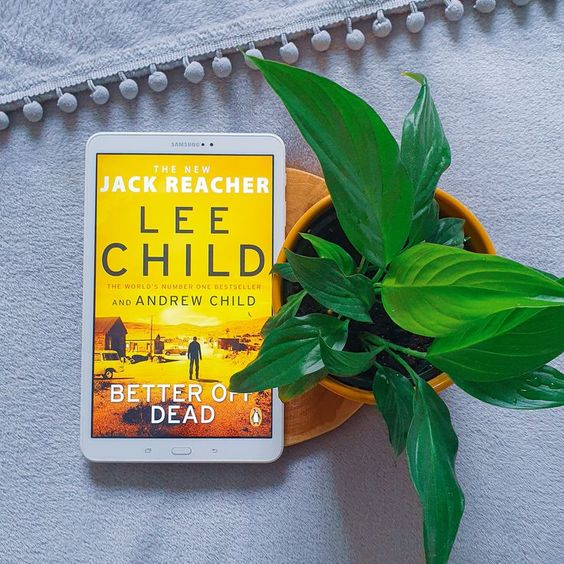