“There were good guys and bad guys, and to protect one, you did what you had to do to the other.”

The fourth book in Karin Slaughter‘s Grant County series and originally published in 2005, Indelible follows medical examiner Sara Linton and police chief Jeffrey Tolliver who take a trip away from the small town of Heartsdale. It should be a straightforward weekend at the beach, but they decide to take a detour via Jeffrey’s hometown and things go violently wrong when Jeffrey’s best friend Robert shoots dead an intruder who breaks into his home.

Twelve years later, Sara and Jeffrey are caught up in a shockingly brutal attack that threatens to destroy both their lives. But they’re not random victims. They’ve been targeted. And it seems the past is catching up with both of them.

Indelible isn’t like any other in the Grant County series so far as it doesn’t begin with a crime to be solved. Instead, Sara and Jeffrey are the heart of the violence with a nerve-wracking hostage situation.

Another grisly and tense thriller, Indelible is another exceptional instalment in my favourite series. Slaughter is such a fantastic writer and she pulls me in at every angle – the characters, the crime, the detail, the relationships, and the mystery.

Serving as the origin story of Sara and Jeffrey, it was great into the past of two characters that I have come to love. I’ve always found Jeffrey so mysterious so I really enjoyed getting to see where he grew up and to begin to understand how the trust and love between him and Sara evolved.

With the investigation in the past, there’s a lot of drama and mystery to unravel. And with the two stories running side-by-side, there’s so much to anticipate, especially to see how these two stories will collide.

It’s definitely not the most exciting or dark instalment in the series so maybe not a great place to start for new readers, but it is a brilliant character-driven read for fans of the series so far. 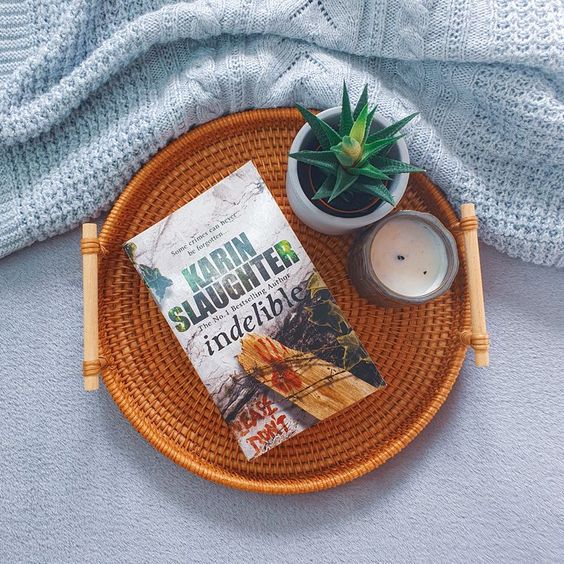