“A MISSING CHILD. A GRUESOME DISCOVERY. A SEARCH FOR THE TRUTH.”

Set to be published on 25th November and the first book in the Jonah Colley series, The Lost by Simon Beckett follows firearms police officer Jonah Colley who, ten years ago, was destroyed by the disappearance of his young son. Now, a plea for help from an old friend leads him to Slaughter Quay and the discovery of four bodies. Brutally attacked and left for dead, he is the only survivor. Under suspicion himself, he uncovers a network of secrets and lies about the people he thought he knew – forcing him to question what really happened all those years ago…

A gritty and action-packed detective thriller, The Lost is a clever police procedural that is full of shocking twists and dark crimes.

With a gripping opening chapter, the story has a fast pace that will have you racing for Jonah to find the answers. And because he’s under suspicion himself, although you know more of the facts than the police do, you still have to question his part in it all, and the revelations that come are absolutely blindsiding.

Would I read another book led by Jonah Colley? I’ve certainly grown a bit of a soft spot for him after this book so I’m interested to see what he gets up to next. If you like your thrillers centred around bent coppers, human trafficking and drug deals that focus on the dark side of humanity, this is definitely a book that you should pick up. 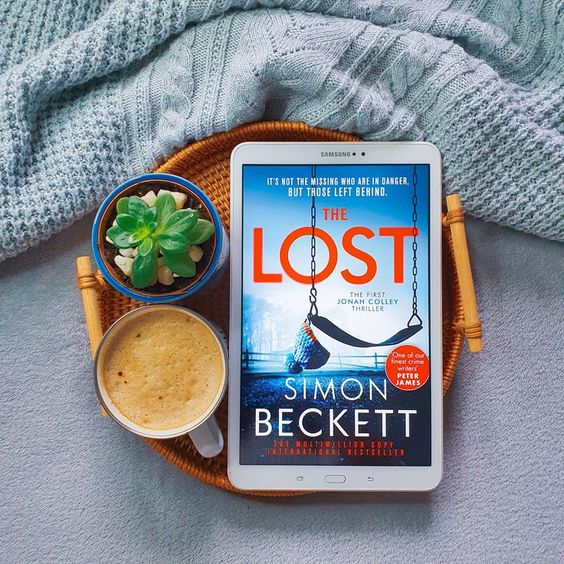 A plea for help from an old friend leads Jonah to Slaughter Quay and the discovery of four bodies. Brutally attacked and left for dead, he is the only survivor.

A SEARCH FOR THE TRUTH

Under suspicion himself, he uncovers a network of secrets and lies about the people he thought he knew – forcing him to question what really happened all those years ago…

Simon Beckett is the No.1 International Bestselling author of the David Hunter series. His books have been translated into 29 languages, appeared in the Sunday Times Top 10 bestseller lists and sold over 10 million copies worldwide. A former freelance journalist who has written for The Times, The Daily Telegraph, The Independent on Sunday and The Observer, the inspiration for the first David Hunter novel came after a visit to the world-renowned Body Farm in Tennessee introduced him to the work of forensic anthropologists.

As well as co-winning the Ripper Award in 2018/19, the largest European crime prize, Simon has won the Raymond Chandler Society’s ‘Marlowe’ Award and been short-listed for the CWA Gold Dagger, CWA Dagger in the Library and Theakston’s Crime Novel of the Year.

In addition to the six David Hunter titles, the most recent of which is The Scent of Death, he has written five standalone novels, one of which, Where There’s Smoke, was adapted into a major ITV two-part drama.