“The serial killer isn’t on trial. He’s on the jury…”

The fourth book in Steve Cavanagh‘s Eddie Flynn series and originally published in 2018, Thirteen sees con artist turned lawyer Eddie Flynn take on the celebrity murder trial of the century. They were Hollywood’s hottest power couple. Now one of them is dead, and husband Robert Solomon is charged with the brutal murder of his beautiful wife. All the evidence points to Robert’s guilt. But as the trial begins, a series of sinister incidents in the courtroom starts to raise doubts in Eddie’s mind. What if there’s more than one actor in the courtroom? What if the real killer is on the jury?

This is my second Eddie Flynn book (because for some reason I have decided to read the series backwards?) and I loved it just as much as I loved Fifty Fifty.

A sharply written and masterfully crafted book, Thirteen is an addictively suspenseful legal thriller that’s hard to put down.

Although you think you know what’s going on from the book’s synopsis giving away some of the main twists, it’s all revealed and developed in such a fantastic way that you’re still constantly taken by surprise. And as the fourth book in the series, it can definitely be read as a standalone, although I definitely want to go back and see more into Eddie’s past.

Not only is this a fantastic legal thriller/courtroom drama, but the serial killer subplot and background investigation into what’s really going on are just as exciting and intense. Complex and full of adrenaline, Cavanagh does not disappoint. This is fast becoming one of my favourite series. 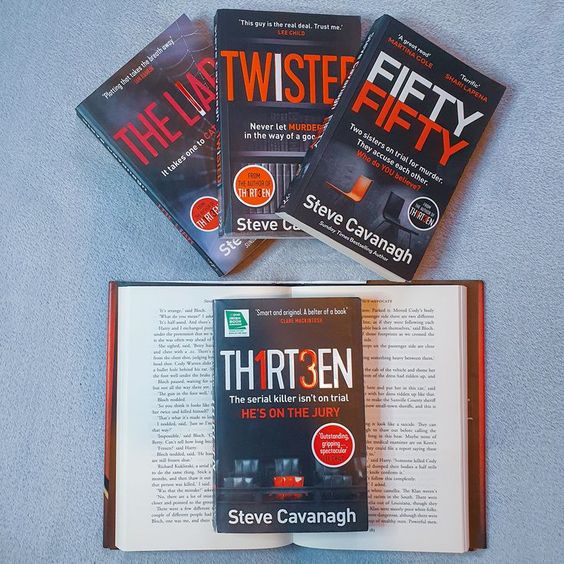