“It was the house of their dreams. Until the bodies were found…”

Released earlier this year, The Couple At No. 9 by Claire Douglas follows pregnant Saffron Cutler who moves into 9 Skelton Place with her boyfriend Tom. But when they set about renovating their new home, the last thing they expected was for the builders to uncover a body – let alone two. Forensics indicate the bodies were buried at least thirty years ago, meaning that the police need to speak to the cottage’s former owner – Saffy’s grandmother, Rose. But Rose is in a care home and has Alzheimer’s, so her memories are increasingly confused. She can’t help the police, but it is clear she remembers something. As her fragmented memories resurface and the police dig ever deeper, Saffy fears she and the cottage are being watched. What happened thirty years ago? Why did no one miss the victims? And what part did her grandmother play?

I read my first Claire Douglas book, Just Like The Other Girls, earlier this year and loved it, so I was really excited to get to her latest book. And I loved this one just as much!

The Couple At No. 9 is a twisty, fantastically-paced and immensely entertaining domestic thriller. With likeable characters and a clever plot, it’s such an easy book to invest in and it shocked me in all the right places.

The story is told through various narrations, but also over two timelines – one in the present, and one in the past. I really enjoyed how these storylines worked alongside each other, as you find out things in the past regarding Rose’s experiences, but her present self is struggling to recount her memories because of her illness so it feels like you’re given some insider information as the present catches up with the truth.

I was worried I might struggle with the trope of having a character with memory loss as I have seen so many books use this common thriller technique before, but Douglas ensures that her story feels constantly authentic, and the unreliability of it all still took me by complete surprise.

Another incredibly enjoyable thriller by Claire Douglas, I can’t wait to read more by her.

The audiobook is narrated by Kenton Thomas and Nathalie Buscombe, and it is one of the most engaging audiobooks that I have listened to in a long time. Both voice actors do a fantastic job. I love Buscombe’s use of accents to differentiate between characters, and also the muffled telephone conversations. This is a real high-quality audiobook that I found so easy to listen to, keeping my attention constantly and really investing me in the characters. 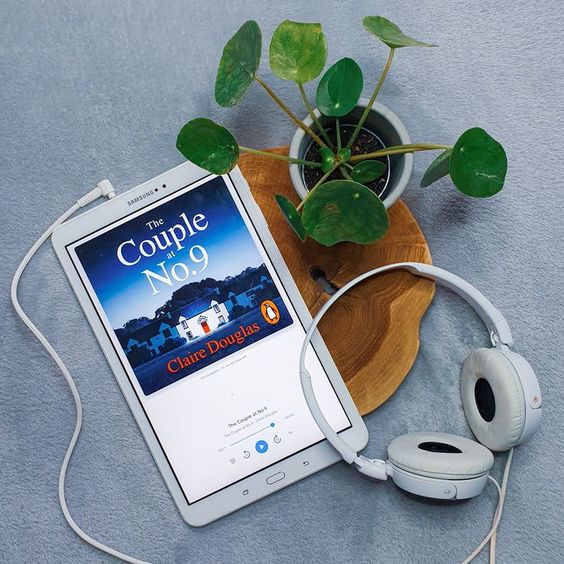