“One foot in front of the other, even if she had to drag them, even when the hole in her heart felt too big to keep standing.”

The third book in the A Good Girl’s Guide To Murder series released earlier this year, As Good As Dead by Holly Jackson picks up with Pip Fitz-Amobi who is haunted by the way her last investigation ended. Soon she’ll be leaving for Cambridge University, but then another case finds her. And this time, it’s all about Pip.

Pip is used to online death threats, but there’s one that catches her eye, someone who keeps asking: who will look for you when you’re the one who disappears? And it’s not just online. Pip has a stalker who knows where she lives. The police refuse to act and then Pip finds connections between her stalker and a local serial killer. The killer has been in prison for six years, but Pip suspects that the wrong man is behind bars. As the deadly game plays out, Pip realises that everything in Little Kilton is finally coming full circle. If Pip doesn’t find the answers, this time she will be the one who disappears…

After finally reading the first two books in this series earlier this year and absolutely loving them, I couldn’t wait to read the latest book in Jackson’s AGGGTM series and see what crime Pip would begin to investigate next.

Another absorbing young adult murder mystery, As Good As Dead is just as fast-paced, original, impressive, and nail-biting as the books that come before it. With more great shocks and revelations, this is definitely an instalment that’s going to take you by surprise.

It’s so great to see everything come together properly. There was something I picked up on in the first book regarding some initials which I initially felt was left unanswered, so I love that Jackson addressed it in this one. Whether that was intentional from the beginning or not, it just goes to show Jackson’s attention to detail which is meticulous throughout.

There’s so much that I really enjoyed about this book. I love Jackson’s energetic writing and the brilliant characters that she has created, and I was so excited to spend more time with Pip and Ravi. Her series is such a brilliant one to get you out of any reading slump, as they are brilliantly entertaining yet also so easy to read in a few sittings, and this was another instalment that I didn’t want to put down.

However… I didn’t like the path that the story took after the halfway mark. This is obviously down to personal preference so that’s just how I feel about it. But for me, this book feels like a big departure from the first two, and I personally don’t think that it feels true to these characters who I have come to love.

If anything, that’s just a sign of a great writer, though, as Jackson allowed me to get to know Pip so in-depth to enable me to have this connection with them. And I suppose that’s also the risk you take with carrying on such a successful series, as not everybody is going to get what they want out of it.

So of course, I won’t let that take anything away from Jackson’s efforts, as I still really enjoyed it overall. Either way, it has still become one of my favourite series, and one that I will always recommend for a purely entertaining and gripping read. 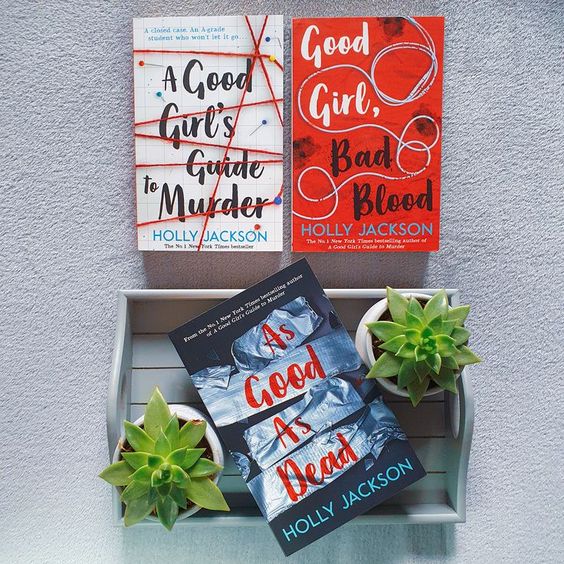