“We can’t choose the strangers we meet.”

Originally published in 2018, An Unwanted Guest by Shari Lapena is set at the beautiful and remote Mitchell’s Inn where guests arrive for a relaxing weekend deep in the forest, miles from anywhere. With a violent storm raging, the group finds itself completely cut off from the outside world. Nobody can get in – or out. And then the first body is found, and the horrifying truth comes to light. There’s a killer among them – and nowhere to run.

A fast-paced whodunnit set in an atmospheric forest inn, An Unwanted Guest is an exciting murder mystery that feels resonant of the classic crime capers it is obviously influenced by.

Although this is a premise that I have read often, it didn’t feel like a story that I had read before. I especially liked the locked-room setting as I could really picture the corridors of the inn and feel the pressure that these closed walls placed on its characters.

The characters are well developed and I enjoyed getting to know them all. However, because there are so many options for the murderer to be and few clues given to who’s really behind everything going on, I found it impossible to predict. Sometimes this builds up to a shocking finale, but endings that you have no chance of guessing have very little impact on me, so this is the only thing that stopped me from loving it more.

Still, this is the second book that I have read by Lapena and I have had great fun reading them both, so I definitely want to pick up another soon. 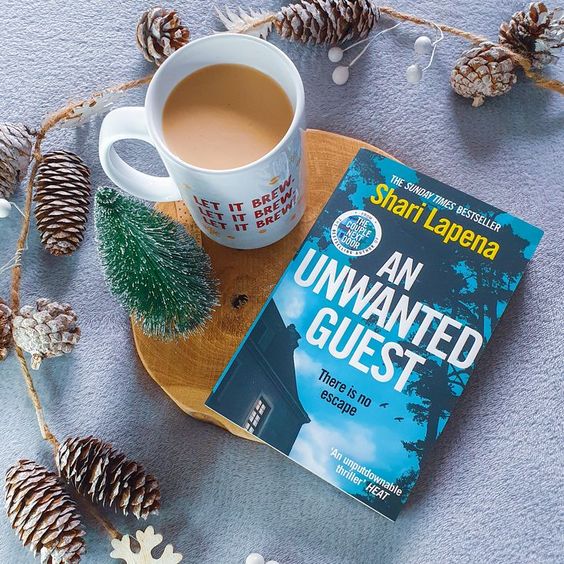