“In order to win, Charlie must do only one thing… survive the night.”

Set to be released on 23rd December, Survive The Night by Riley Sager follows Charlie Jordan as she is being driven across the country by a serial killer. Maybe. Behind the wheel is Josh Baxter, a stranger Charlie met by the college rideshare board, who also has a good reason for leaving university in the middle of term. On the road they share their stories, carefully avoiding the subject dominating the news – the Campus Killer, who’s tied up and stabbed three students in the span of a year, has just struck again.

Travelling the lengthy journey between university and their final destination, Charlie begins to notice discrepancies in Josh’s story. As she begins to plan her escape from the man she is becoming certain is the killer, she starts to suspect that she could very well end up as his next victim. A game of cat and mouse is about to play out. In order to win, Charlie must do only one thing… survive the night.

I’ve been eager to read a book by Riley Sager as I always hear great things about his books. And what a great place to start with Survive The Night, an exhilarating and twisty thriller that will have you gripped for the whole journey.

Survive The Night has everything that you would want from a thriller – an intriguing premise, a claustrophobic atmosphere, and a sinister twist. I read it in only a few hours which is always a plus in my eyes, partly because I enjoy quick reads but also because the fast pace and exciting premise meant that I didn’t want to put it down.

I had a lot of fun reading this book and the tagline alone of “In order to win, Charlie must do only one thing… survive the night” makes me want to give this book all the stars. However, I found so many of the twists and developments so utterly unbelievable that it feels like Sager has done whatever he wants to make his story more entertaining, regardless of its authenticity.

I really liked the characters in general and the anticipation of questioning Josh’s motives, but Charlie makes such poor choices that I can’t excuse the unconvincing routes that the story takes. Of course, thrillers don’t always follow a completely sane train of thought so many readers won’t take things so seriously. And although I’m taking a star away because of how far-fetched some of the story is, I did really enjoy reading it still and I think that it would make a great film.

Fans of Riley Sager seem to think that this is the worst of his books, so maybe I’m more forgiving as a first-time reader of his. But that just means that things can only go up from here for me, right? 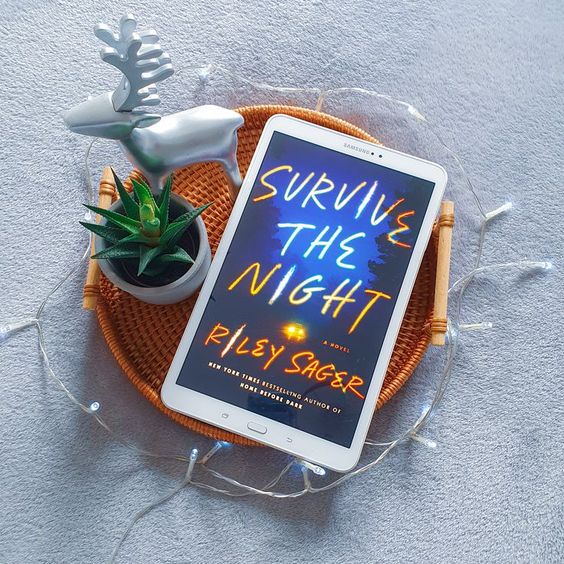