“What happened while they were sleeping?”

The second book in the Paige Northwood series, Silent Night by Nell Pattison was published in 2020 and sees interpreter Paige Northwood help with the police with a new case when one person is murdered and a child goes missing after a school for the deaf take an overnight trip to the snowy woods. Everyone at the school has a motive for murder – but they all have an alibi. As Paige becomes increasingly involved, she suspects there’s something sinister going on. With the clock ticking to find Leon, only one thing is certain: the killer is among them, and ready to strike again…

After reading the first book in the series, The Silent House, earlier this month, I was looking forward to continuing the Paige Northwood series.

Silent Night follows another brilliant crime and investigation, centred around great characters who are strongly developed and emphasising its original traits to make it stand out from your standard thriller.

The mystery once again had me hooked and I’m still yet to correctly predict one of Pattison’s stories. There are always so many red herrings that I constantly pin the blame on the wrong character, so I’m very impressed that, once again, the revelations of Silent Night took me by surprise.

However, one of my pet peeves in thrillers is when somebody under investigation lies to the police about what they know after promising that they’ve told them everything, and this happens A LOT in this book. Some of the characters are vulnerable so it makes sense for them not to understand the importance of their truth-telling, but it does slow the pace and create a few eye-rolling moments.

There are a few small things about Paige’s character that are beginning to irritate me, as well, as I feel she was starting to come across as a little needy. Again, she also has her vulnerabilities when it comes to relationships so I understand why she has to question her opinion of every man in the room, but it was just something else that felt a little repetitive to me. Personally, I could do without the love triangle that’s creeping in as I think there’s only one man that deserves her attention, so I hope this doesn’t take too much precedence in the next book.

Despite this, I still really like her as a lead and I enjoyed getting to know more about her past, so I definitely look forward to reading the final book in the series. 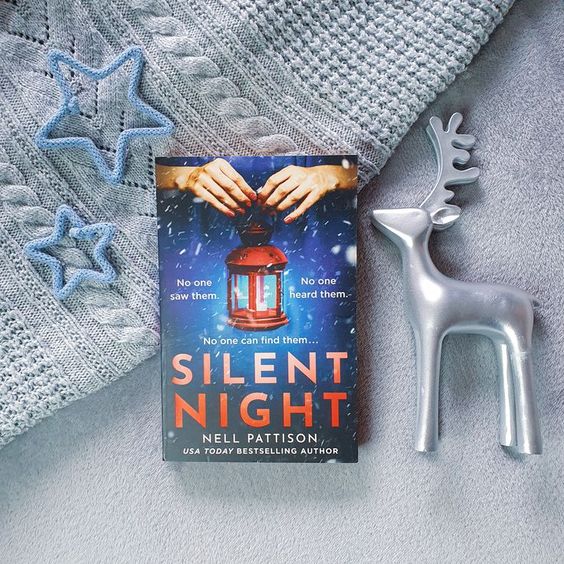