“Rumours are like seeds, scattered on the wind. There’s no telling where they’ll land, but land they will. Settling in cracks and crevices, the roots take hold. The seeds sprout. It doesn’t matter if they’re true or false. The more times they’re spoken, the faster and stronger they grow. Like beanstalks, waving in the air.”

Published in 2018, The Rumour by Lesley Kara follows single mum Joanna who hears a rumour at the school gates. She never intended to pass it on, but one casual comment leads to another, and now there’s no going back. Rumour has it that a notorious child killer is living under a new identity, in their sleepy little town of Flinstead-on-Sea. Sally McGowan was just ten years old when she stabbed little Robbie Harris to death forty-eight years ago – no photos of her exist since her release as a young woman. So who is the supposedly reformed killer who now lives among them? How dangerous can one rumour become?

A suspenseful and engaging domestic thriller, The Rumour will have you questioning every character you meet. And even then, I still couldn’t figure out who Sally McGowan really was!

Brilliantly plotted, I really enjoyed the way that Kara follows the ripples of this small-town gossip, starting as a whisper, toppling over the dominos that fall in its wake, and building up to a full-blown storm.

Your curiosity will be just as piqued as the other mums at the school gate, listening out for the slightest clue to hold onto, and the intensity of the need to find out the truth will have you hooked.

I’ve already read Kara’s latest, The Dare, which I absolutely loved, so I can’t wait to see what she writes next! 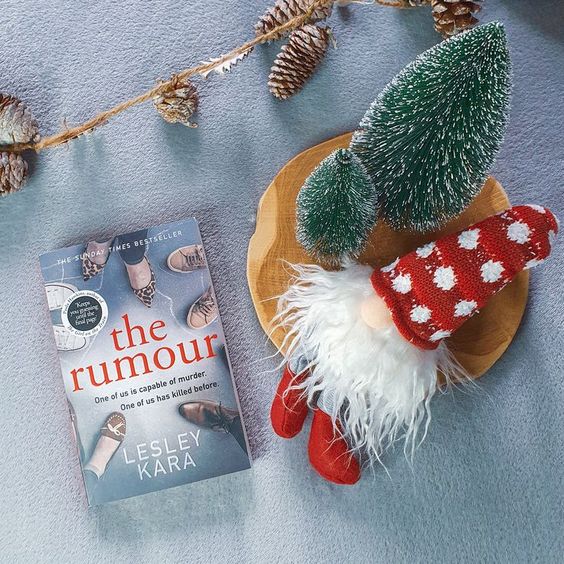