Published in 2014, Christmas In The Snow by Karen Swan is set in London where the snow is falling and Christmas is just around the corner. But driven Allegra Fisher barely has time to notice. She’s pitching for the biggest deal of her career and can’t afford to fail. And when she meets an attractive stranger on the plane to the meeting, she can’t afford to lose her focus. But when Allegra finds herself up against Sam for the bid and the remains of a long distant relative are found in the Swiss Alps after sixty years, hearts thaw and dark secrets are uncovered, long buried by the snow.

I didn’t know if I wanted to read another lighthearted Christmas romance this month, but I decided to give this one a go and I’m so glad that I did.

Christmas In The Snow is an engaging and snow-clad holiday read with warm and likeable characters, a festive atmosphere, and enough unpredictability to keep you wondering if it’s going to end the way that you expect it to.

I didn’t think that I was going to like Allegra at first as I have very little in common with her, but I very quickly warmed to her and was eager to come out from her situation in a better position. And I felt exactly the same about the brewing romance, as well, as Sam comes across as a very selfish and disrespectful person at first. But Swan brilliantly turns everything around and the story feels very original compared to the Christmas books that I’m used to.

I wanted a little more from the ending, but other than that, this was a really enjoyable read and I will definitely be picking up another book by Swan this time next year! 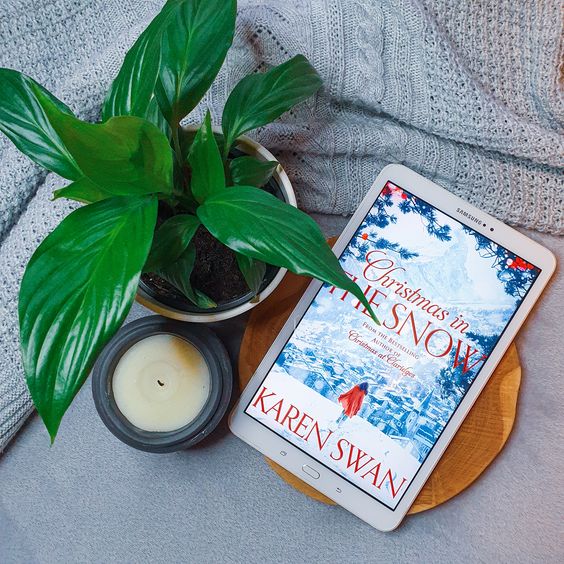