The ninth book in the Josephine Tey series and published in 2020, The Dead of Winter by Nicola Upson is set in December 1938, when storm clouds hover over the Cornish coast where Josephine Tey and Archie Penrose gather with friends for a Christmas at St Michael’s Mount. But when two strange and brutal deaths on interrupt the festivities and the group are cut off by the sea and a relentless blizzard, the hunt for a murderer begins.

Thank you to Faber for a free copy of this book in exchange for an honest review.

When I saw that this murder mystery was set on St Michael’s Mount in Cornwall and that it was set at Christmas, I was so excited to read this festive murder mystery set in one of my favourite places. The causeway makes the perfect setting for a locked-in thriller and having had a tour of the castle myself, I could really get a feel for the claustrophobic atmosphere as the group are isolated from the rest of the town.

Obviously influenced by both Agatha Christie and Alfred Hitchcock, both of whom are mentioned, I could really get a sense of this being a classic thriller. Although there aren’t many red herrings and quite a bit is revealed early on, there are still plenty of surprises in the second half and I really enjoyed the suspense that follows.

The story itself is quite simplistic as the mystery isn’t over-complicated with too much going on. So for readers who like gripping twists and intense characters, you’ll probably be left wanting more. But if you’re looking for a more laidback murder mystery or for a comfy armchair read, this will certainly fill the gap nicely. And for anyone living in Cornwall, I definitely think that it’s worth a read as it captures the setting brilliantly. 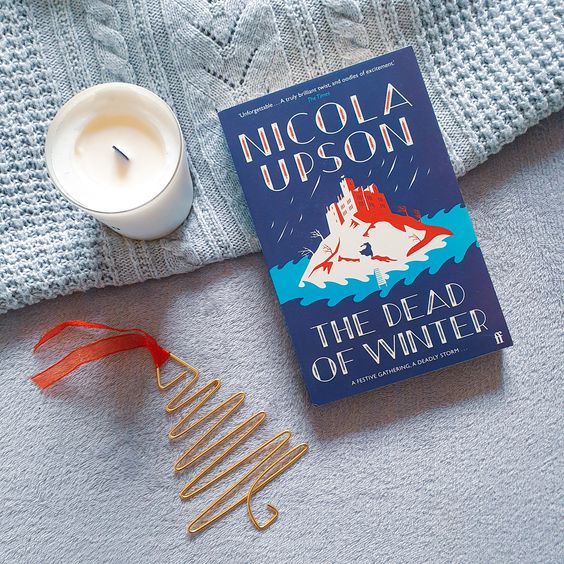