“Cross your heart and hope to die… Quickly.”

The first book in the Robert Hunter series and originally published in 2009, The Crucifix Killer by Chris Carter follows Robert Hunter and his rookie partner, Garcia, who are thrown into a nightmare case when the body of a young woman is discovered in a derelict cottage. The victim suffered a terrible death, and on the nape of her neck has been carved a strange double-cross: the signature of a psychopath known as the Crucifix Killer.
But that’s impossible. Because two years ago, the Crucifix Killer was caught and executed. Could this be a copycat killer? Or could the unthinkable be true? Is the real killer still out there, ready to embark once again on a vicious and violent killing spree, selecting his victims seemingly at random, taunting Robert Hunter with his inability to catch him?

I’ve had a few of the Robert Hunter books on my shelf for a while now after they have come hugely recommended to me because of my love of dark thrillers and Karin Slaughter. And while I didn’t think that books could get any more gruesome than what I’ve read, The Crucifix Killer definitely takes it up a notch. And I absolutely loved it!

The Crucifix Killer had me completely hooked from the beginning. And with plenty of cliffhangers, there wasn’t a single place where I felt like I could stop reading as I just wanted to keep going and find out who’s behind it all. And there was no way I could have guessed who The Crucifix Killer was because I talked myself out of it many, many times.

Bordering on horror with its brutal and graphic crimes, this definitely isn’t a book for the fainthearted as your toes will curl at the descriptions of the murder scenes. But if you like a character-driven detective thriller that unnerves you, then this is definitely one of the best that I have read.

As you get a first glimpse into Hunter’s methods, his intelligence leads the investigation at a top level. He’s a fantastic character and I can’t wait to read more about him. His chemistry with Garcia is humorous, too. Together, they certainly know how to get the job done. And with the author having studied psychology with a specialisation in criminal behaviour, you get a brilliant insight into the mind of a serial killer and what makes them tick which I found really interesting.

Although this was one of my final reads of 2021, it was definitely one of my favourites and I really can’t wait to continue the series. 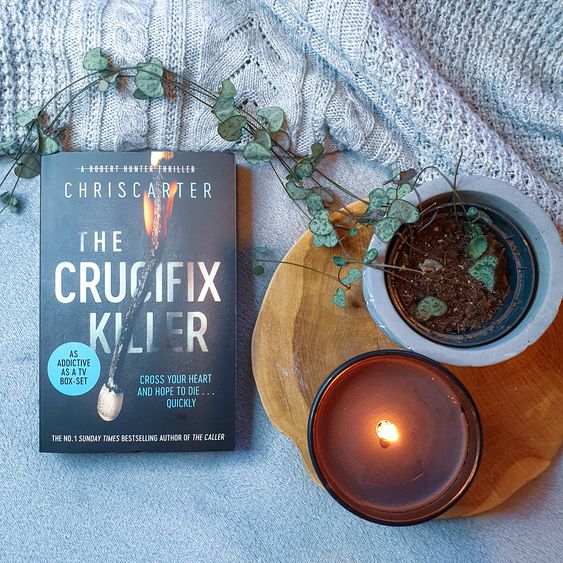