“Remember the small things, and the big things will work themselves out.”

Published in 2018, The Tattooist of Auschwitz by Heather Morris tells the true story of Lale Sokolov, a Slovakian Jew, in April 1942, who is forcibly transported to the concentration camps at Auschwitz-Birkenau. When his captors discover that he speaks several languages, he is put to work as a tattooist, tasked with permanently marking his fellow prisoners. Imprisoned for over two and a half years, Lale witnesses horrific atrocities and barbarism—but also incredible acts of bravery and compassion. Risking his own life, he uses his privileged position to exchange jewels and money from murdered Jews for food to keep his fellow prisoners alive. One day, Lale comforts a trembling young woman waiting in line to have her number tattooed onto her arm. Her name is Gita, and in that first encounter, Lale vows to somehow survive the camp and marry her.

I always get scared to pick up a book about war, whether it’s a true story or a fictional story based on the brutal injustices that many faced during these times. Partly because I use books as a means of escapism and only really like to read about hard-hitting tragedies that seem far from reality, and partly because I’m worried that it will feel too heavy with history that I won’t be able to connect with the story easily.

But I am always wrong! Because every book that I have picked up with a premise surrounding a World War so far has been a five-star read for me, and The Tattooist of Auschwitz is another instant favourite for me.

A beautifully told and utterly compelling tale, the story is based on interviews conducted with Holocaust survivor and Auschwitz tattooist Ludwig Sokolov and captures his harrowing but deeply moving story in a truly profound way. I was so scared about how this story would end (It didn’t even occur to me that Lale survived to tell his story), but I was left an emotional wreck over Lale’s courage, hope, and strength.

If you haven’t read this book yet, then you need to hear Lale and Gita’s story. Not only does it allow you to become more knowledgeable about the situations that many faced in the Auschwitz concentration camps, but the tender love story at the heart of the horrors of war will grip you immensely.

Because I wanted to fit an extra book into the end of 2021, I did listen to some of this on audiobook. The thing that sold this particular book for me was that it was narrated by Richard Armitage, and I’d happily listen to him read anything. His voice is so engaging so his narration definitely helped me to connect with this story so easily, and I definitely want to listen to more stories read by him in the future.

Buy the book on Amazon here or listen to it on audiobook for free with a free trial. 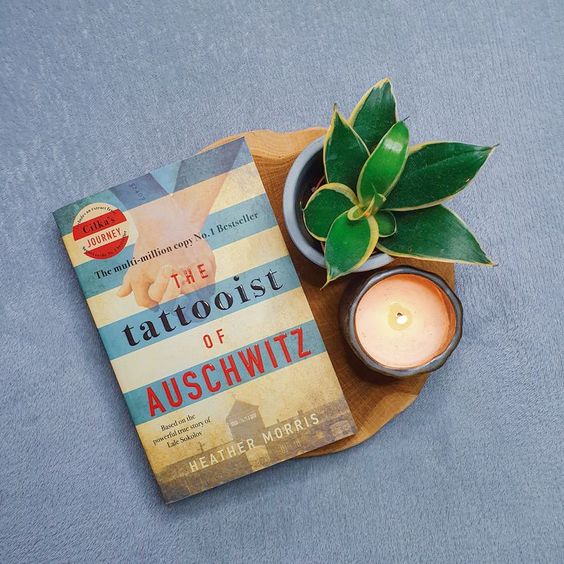