“Please make a list of every possession you consider essential to your life.”

Published in 2017 and recently adapted for the BBC, The Girl Before by JP Delaney follows two women, Emma and Jane, who, three years apart, move in to the architectural masterpiece that is One Folgate Street – a minimalist design of pale stone, plate glass, and soaring ceilings. Emma is reeling from a traumatic break-in, and Jane is seeking a fresh start after a personal tragedy, so each feel comforted by the safety that the house offers. But there are rules. The enigmatic architect who designed the house retains full control: no books, no throw pillows, no photos or clutter or personal effects of any kind. The space is intended to transform its occupant – and it does.

After reading The Perfect Wife last year, I was instantly impressed with JP Delaney’s original and clever writing, using futuristic ideas to heighten very human emotions and tense situations. And The Girl Before is much of the same: another brilliant example of his fresh ideas and mysterious plotting.

For the most part, I absolutely loved this book. I was instantly gripped with the interchanging chapters narrated by Jane and Emma, set three years apart. As Edward takes these women to the same restaurants, buys them the same gifts, and even has the same conversations with them, I devoured the dark humour that underlined this unnerving psychological thriller full of secrets and deceit.

Edward Monkford likes to take control and there are many scenes, most of which are in the bedroom, which showcase his dominance. Some parts are sexy, others are uncomfortable, and some are a little cringy, so it becomes a real battle as to where you want to place your loyalty. Because Edward isn’t the worst of them, as Jane and Emma each have their own secrets, too, so I really enjoyed seeing how these damaged characters reacted with each other.

But yet again, and this is exactly the same issue that I had with The Perfect Wife, everything builds up to a climactic finale that just didn’t hit the mark for me. The twists and revelations are good, but I closed the book with a shrug of my shoulders rather than a gasp in horror.

I was expecting so much more. From my reading experience, I felt like the house was affecting the tenants’ emotions in some way so I thought the house and the technology involved was going to play a larger part in the psychological issues that were brewing. The revelation of who killed Emma is done well, but it’s everything going on around this that I wanted more from. Instead, what we are left with is a final comment that made no difference to me.

Still, I did really enjoy this book for the most part and the strong qualities stand out much more for me than any weaknesses that I personally found. Delaney may yet to give me an impressive ending, but I’m still holding out on that five-start read that I know I will experience with his writing at some point.

The Girl Before has recently been adapted into a four-part TV series which was released on BBC One in December 2020. The adaptation, which was written by Delaney, is brilliant, and the performances by Gugu Mbatha-Raw, Jessica Plummer, Ben Hardy and David Oyelowo are all exceptional, so it’s definitely worth a watch. 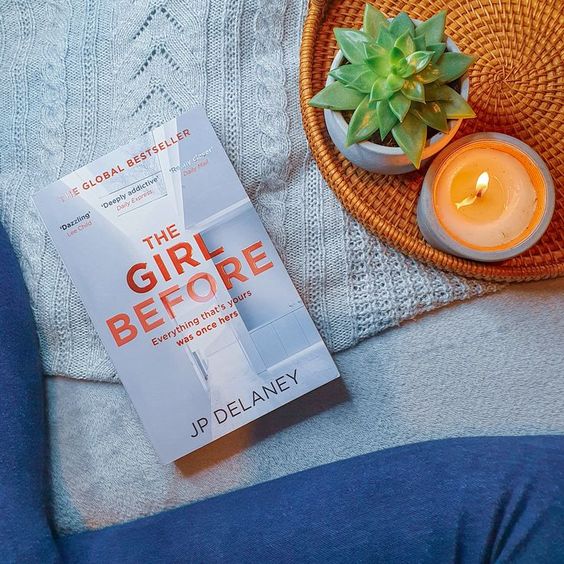