“This is what the girls felt, she thinks, those seized by pedlars in the lanes. Pinned down like moths, like squids on rocks. This is the fight women have always fought, their soft bodies turned to battlegrounds, slim bones crushed beneath the solid weight of men.”

Published in 2021, Circus Of Wonders by Elizabeth Macneal is set in a coastal village in southern England in 1866 where Nell picks violets for a living. Set apart by her community because of the birthmarks that speckle her skin, Nell’s world is her beloved brother and devotion to the sea. But when Jasper Jupiter’s Circus of Wonders arrives in the village, Nell is kidnapped. Her father has sold her, promising Jasper Jupiter his very own leopard girl. It is the greatest betrayal of Nell’s life, but as her fame grows, and she finds friendship with the other performers and Jasper’s gentle brother Toby, she begins to wonder if joining the show is the best thing that has ever happened to her.

With a beguiling setting and a host of colourful characters, Circus Of Wonders showcases the alluring and captivating marvel of the circus, while also highlighting the sinister and darker truths that take place when the tent closes its curtains.

As a huge fan of The Greatest Showman and books such as Caraval and The Night Circus, I love reading about magical settings and circus wonders, so I was really excited to pick this book up and get carried away in the fantastical mystery.

Vividly detailed, charming and with strong characters, Circus Of Wonders is an immensely enjoyable read. But it’s also much more than that, as it opens your eyes to the reality of what these stage performers went through. This time, we see the story from Nell’s point of view, owned by the showman cracking the whip, stolen from her family and with nowhere else to go.

Because although audiences cheered her name and bought her merchandise, they still neglected to think of Nell (and her new friends) as a human being, treating her as an object that can be owned. And while circuses were all about grabbing people’s intrigue, there was so much exploitation and mistreatment taking place behind the scenes that sometimes we need a reminder of what was really going on, and Macneal does that in such a balanced, engaging, and poignant way.

Although the book is fictional, some characters are based on some of the most famous “curiosities”, and I loved the Author’s Note which goes into detail about some of the truth surrounding the story. PT Barnum and some of his acts are also often mentioned, so it’s also really interesting to see such a romanticised character under a more honest light.

Macneal’s research creates a strong pillar for this story, but her beautiful writing adds emotion and stunning imagery to this wonderful story. I can’t wait to lose myself in another of her stories soon. 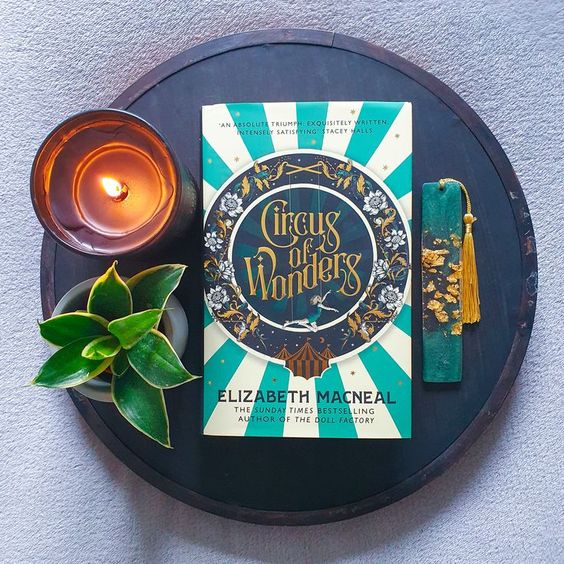