“Five men head into the woods for a bachelor party weekend. Only four return.”

Set to be published on 20th January and the second series in the Frankie Elkin series, One Step Too Far by Lisa Gardner sees missing persons specialist Frankie travel to Wyoming where she joins a seven-day woodland search team to find Tim and bring him home – whatever the cost. Tim has been missing for five years now after disappearing during a bachelor party weekend in the woods. The search, led by Tim’s father Martin, uncovers broken tree limbs and traces of blood which suggest a wild animal may be lurking nearby. But Frankie knows better. With secrets swirling and tensions raised in the group, it becomes clear that Frankie’s newest case could be her last.

I read Before She Disappeared earlier this month in anticipated for this release, but I struggled to warm to Frankie and couldn’t really understand her motive for doing what she does. So I was a little apprehensive going into this second book. However, I ended up absolutely loving it.

This second instalment answered all of the questions that I still had about Frankie and allowed me to get to know her much more personally. I ended up really enjoying her company this time around, which made the whole experience much more engaging. Not only that, but I found this case so much more exciting, as well, so this turned out to be an all-around entertaining read for me.

One Step Too Far is a gripping, atmospheric, and tense murder mystery. The woodland setting is hauntingly creepy and I genuinely felt like I was in the middle of a horror film. You really do feel on the edge of your seat with this one, and my heart was racing with so many of the discoveries.

The characters are all well-developed and I really enjoyed trying to figure out who had the most motive to want to hurt Tim, or even if Tim was really dead at all. I wasn’t particularly shocked by the final revelation so that’s the only thing that stopped me from giving this book five full stars, but I sure had a lot of fun with the build-up and anticipation of what was really going on.

I didn’t think I would be saying this after finding the first book so average, but I really want a book three now! 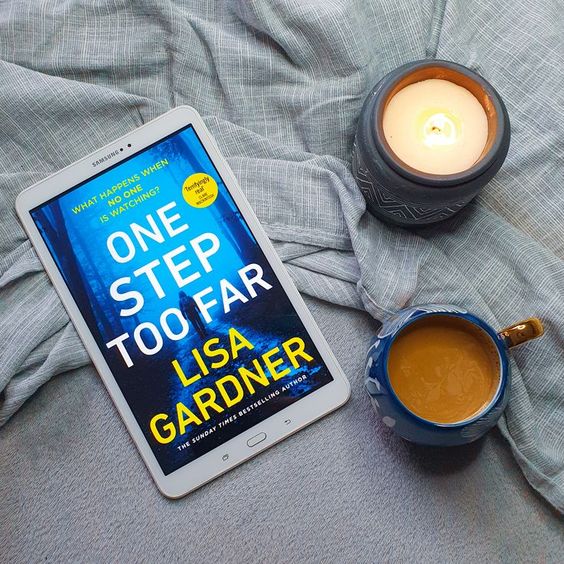